What I’m Writing for NaNoWriMo 2017

I resisted thus far, but now that November and NaNo have begun, I decided it was high time to officially introduce my new project that I’m working on this month.

I had this vague plan to participate in the Beautiful Books linkup, but I put this post off for so long that I completely missed the time-slot. xD So instead, I’m just going to borrow the questions from it and do it anyway, even if I’m too late to do it officially. 😉

Anywho. I apologise if I sound vague or distracted. I’m writing this on Friday morning, and I just wrote 15k in the last two days and I’m not sure but I might have sacrificed my sanity to the powers of word-ly-ness. 😛

Ignoring my mild NaNo insanity, I’ll get on to the actual structured part of this post before I get any more distracted. About my novel!

As you would know if you’ve stalked me on NaNo or subscribed to my newsletter, my WIP is titled Powerless. It’s a Superhero Dystopian story, and I have tried to write a blurb several times, but it has turned out as a dismal failure each time. xD

I made a mock cover just for fun, and I do quite like how it turned out. Particularly considering it took me only a few minutes to put together.

original image not mine

I’m going to get on with the Beautiful Books questions because if I don’t have questions to answer I’ll accidentally forget that I’m writing a blog post, and I’ll start writing my story instead. Although that would be funny in hindsight. 😉

What inspired the idea for your novel, and how long have you had the idea?

I really like superheroes (Spiderman is the best, thank you very much). I don’t remember exactly, but I had the idea for a superhero character back in…July? Somewhere around then, anyway.

Absolutely a coincidence that Spiderman: Homecoming came out around the same time. *cough*

Since that first character idea, the story has changed a lot. That original character idea was an 18 year old guy with super speed. That same character now is 14, has no super powers, and is a big time comic book collector and absolutely obsessed with anything superhero. Slight difference there. 😛

Describe what your novel is about!

This question has sent me back to the blurb attempts, and I managed to scrape together something that hopefully isn’t too atrocious.

When the society of superheroes was first formed, no one had any idea how fast everything would go downhill. Now, the superheroes are storming the streets, bombing, destroying, and no one knows why. They abuse their powers and reign terror over the cities.

Megan Rosso doesn’t believe that her brother—one of the former Heroes—would ever willingly destroy like she now sees him doing. She refuses to accept that the Heroes have turned, and she searches everywhere for some clue of what really happened.

When her path is crossed by a comic book obsessed boy, she grasps at the hope offered to her. Together they find a clue. A clue that could stop the destruction that gets worse every day.

Who is really behind all these Heroes-turned-villain? Who is the ultimate Mastermind?

As I said. Very rough. I literally just scraped it together right then. >.<

What is your book’s aesthetic? Use words or photos or whatever you like!

Another chance for collages, yay! I love this question.

Introduce us to each of your characters! 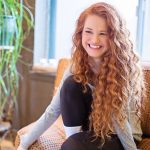 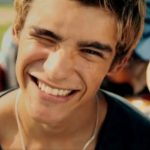 How do you prepare to write? (Outline, research, stocking up on chocolate, howling, etc.?)

This time around I started working on a plan two weeks before NaNo started, but my actually plotting only happened on Tuesday the 31st. Because I expertly procrastinated apparently. I don’t even remember procrastinating. I was just working out characters and villains and details of super powers and theme and made a youtube music playlist and then boom it was two days until NaNo and I still didn’t have any plot. xD

So my preparation consisted of procrastinating. 😛 I also did a character questionnaire for my main characters, and I didn’t name a couple of people that I have since discovered I should’ve. Because as it is, I have a couple of sections in the story so far where I’ve resorted to blurting in caps because I couldn’t think of a good name on the spot.

“Your son had a bit of an excursion, FRED,” the man beside me spoke, pushing me toward the stairs.

The character’s name had better not end up being Fred. xD

“THAT GUY’S NAME ALSO. SHOULD NAME PEOPLE,” Dylan added and I glanced at him.

Yes. I really should have named more side characters.

“HERO’S NAME HERE!” a high yell came from somewhere behind me.

I should name that guy too…

What are you most looking forward to about this novel?

I’m looking forward to writing it, to be honest. I’m just excited about all of it. The characters. The concept. The themes. Just, agh. I am also really pumped to be back into writing on my home ground—insanely fast, with a deadline, and competition. It really makes me inspired. xD

1: I hadn’t named any of the towns before starting to write, but now four are named. Oscar, Paque, Eldah, and Metric.

2: The characters’ town is on an island off the coast of the mainland.

3: I really should’ve done a bit of worldbuilding in my planning but whoops I forgot so now I have no clue about my setting and neither will the readers. (Thank goodness that 1st drafts don’t have to be perfect.) xD

What’s your character’s goal and who (or what) stands in the way?

The goal is to stop the superheroes from being supervillains.

And all the supervillains are standing in the way.

How does your protagonist change by the end of the novel?

Hush, spoilers. Why would I tell you that?

What are your book’s themes? How do you want readers to feel when the story is over?

I have three main themes: Family, Power, and Love. (Not the romance kid of love, thank you very much.) And I’m really enjoying delving into these really deep topics. It’s challenging sometimes, but that just makes it even better.

At the end of the story, I want readers to feel like they didn’t waste their time. I want readers to see beyond the story and to see meaning. I want them to enjoy it, but also to have it prompt thoughts about their own family, relationships, and life. I want God to flow through my writing.

That’s about all I have for you! Thanks for hanging around through all my half-crazed NaNo ramblings, and I apologise for all the typos and mistakes I probably made. 😛 I’m off to get into my writing for today!

Who’s doing NaNo with me? What’s your book’s aesthetic? It’s your turn—introduce your novel in the comments! I’d love to hear all about it.