Writing from a Guy’s POV When You’re a Girl 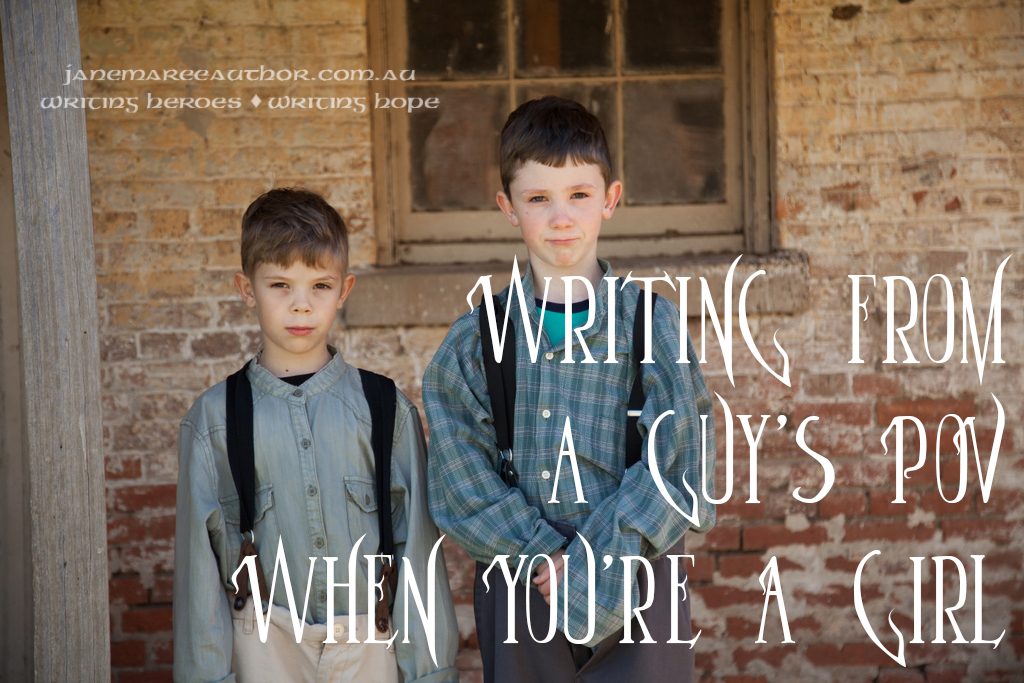 Writing from the POV (point of view) of someone of the opposite gender can be challenging to do realistically, but that doesn’t mean it’s impossible. If you’re a girl, writing from a girl’s perspective will naturally come easier simply because girls know how girls think. However, sometimes you don’t want to write from a girl’s POV. Some books just wouldn’t work with a female protagonist.

Can a girl write from a guy’s POV? And, more to the point, can it be done well? Absolutely. Jill Williamson’s Mission League series, Gillian Bronte Adams’ Songkeeper Chronicles, Anne Elisabeth Stengl’s Tales of Goldstone Wood, K.M. Weiland’s Storming—they’re all female authors, they all have guy POVs, and they’re all very well and realistically written.

So the question is, how can I write a realistic guy’s POV without knowing how a guy thinks?

Ask the guys in your life for tips

Your dad, brother, friend, friend’s brother—whoever it happens to be. You can ask them questions of how they’d react if they were in such-and-such a situation. What do they think when faced with a tough choice? What does getting stressed look like for them?

Don’t be shy to ask. It might feel weird to ask your dad what he’d do if he was trapped in an elevator that was stuck halfway up the shaft, but in the long run it’ll improve your story.

Read books by guys or books with realistic guy POVs

The list I gave at the beginning is a good example. There are plenty of books that have good guy POVs. Other good books actually by guys aren’t very hard to find either. (Feel free to ask if you want recommendations.) Reading is incredibly important to both keep your creative brain in good condition and to learn from other peoples’ work.

Get a guy friend to read through your story

It doesn’t even matter if they’ve never done critique reading before. Just ask them to read through it and tell you any parts where you didn’t get it quite right. It’s immensely helpful to have an actual guy’s perspective.

And if you absolutely don’t have any guys in your life who can/will do this, then hunt up a writer friend who has written guy characters before and get their view. It won’t be as good, but it’s still better than nothing. They’ll have experience in writing a guy’s POV, and maybe have spoken to a guy about it themselves as well.

Though it can be a challenge to start off with, it can still be fun and easier to work with a guy POV character overall. And if you’re a guy writer, there’s two things you can take away from this post. a) Help out those girl writers you know if they want help with their guy characters. b) The same points apply to guys writing girl characters as for girls writing guy characters.

Do you prefer writing from a guy’s POV or a girl’s? What books have you read that have realistic POV characters of the opposite gender of their author? Let’s hang out in the comments. 🙂

Have you been reading any dystopian/apocalyptic st

Do you love or hate phone calls? . 🎶Music Monda

Do you ever decide to read a book based on friends