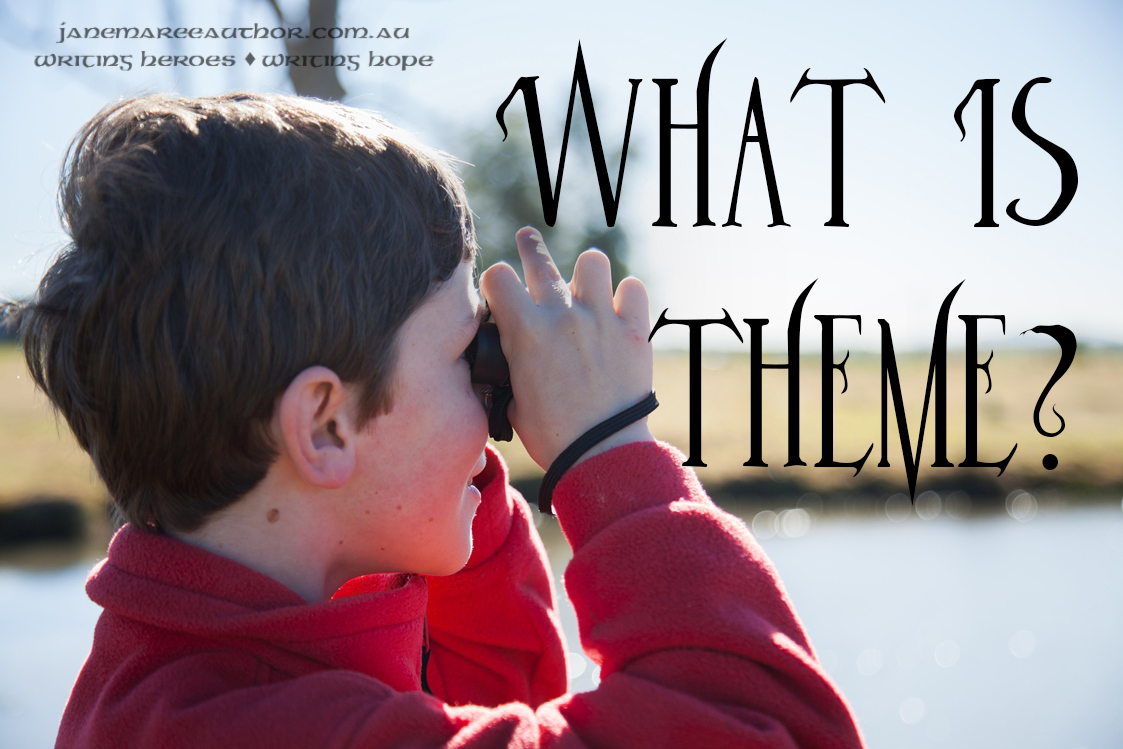 Theme is one of those ‘writerly’ words that people sometimes talk about, and say is important, but don’t actually have that much to share about it. It’s one of the most underrated parts of storytelling.

This is the first post in a series about theme. I’ll probably do one or two a month, though I don’t have any specific plan. I have no idea how many posts this will be or anything. I’m just winging it. 😛

But before we can get into the details of how to write a good theme and what that has to do with anything in your story…what exactly does the word ‘theme’ mean?

There’s a few common misconceptions about theme, and it’s easy to get mixed up if you’ve only got vague hints to go off of.

Theme is the broad ideal you want to address in your story.

For example: in Percy Jackson and the Lightning Thief one of the most obvious themes is friendship.

A theme in Nadine Brandes Out of Time series, is ‘shalom.’ Peace.

In The Lord of the Rings there’s a strong theme of Power, among many others.

If I was asked what Percy Jackson was about I’d say something along the lines of “contemporary fiction about demigod kids trying to fix up their greek godly parents’ issues.” But then, if I delve a little deeper, what is the reason behind the story? How do the characters change? What is a deep topic that is indirectly woven through the book? I picked friendship, though there are also other themes in there too.

Thus can the theme be found.

The theme is the deep reason for the book’s existence. Example themes could be truth, honour, courage, hope, perseverance, forgiveness, and so many more.

Theme is the foundation upon which your entire story should be held up.

I’d like to encourage you to pick a book you’ve read recently, or one you really love, or even your own novel! Take that book and think about what the theme is. What is the broad ideal that it is about?

And then when you’ve worked that out, you can come and tell me the book and theme in the comments. 😉

Do you know that the theme of your WIP is? Have you learned much about theme before? Did my post even make sense? (To be honest, I’m not even sure it did. 😯 ) Hang out in the comments with me!