It’s been quite a while since I actually did a post about what I’m writing at the moment—actually, I don’t think I’ve done one this year yet—so it’s high time this post came along. This is going to be a bit of a rambly post to catch you up to what I’ve been doing with myself these past two months.

And there may or may not be snippets near the end. 😛

June last year, I was doing some edits on a novel and getting myself super pumped for the story I was going to write for Camp NaNoWriMo in July. I had full intentions of writing what is currently titled Steam Flight—a steampunk cinderella retelling—and I was looking forward to it.

Part way through June, I spontaneously decided to write a short sci fi story to submit to Kingdom Pen. I meant it to be a sort of cinderella retelling and just a little bit of fun. I wrote the story, went through lots of edits, and it was published on Kingdom Pen.

But during the edits, I got some friends to read through it, and when they reached the end, the general consensus was “WHAT. JANE. NO. THAT CAN’T BE THE END. YOU HAVE TO WRITE MORE.” (Caps not exaggerated 😛 )

Long story short, I plotted that full story out, wrote it for Camp NaNo, and Steam Flight is still not written. 😀

That story was my novella A Sprig of Green. 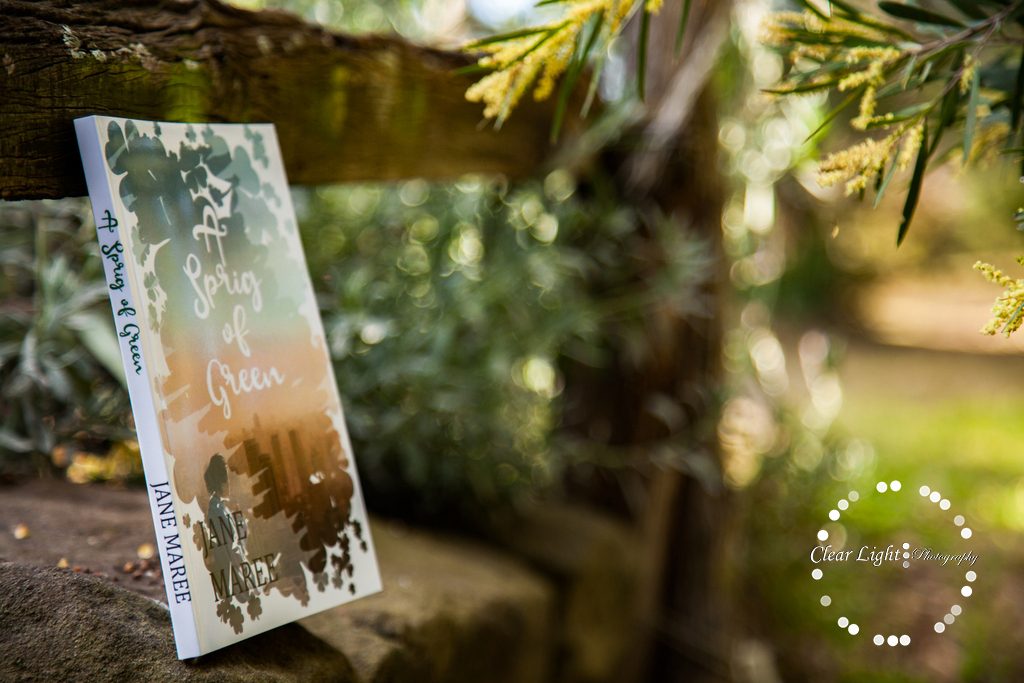 Since then, I let it sit for a few months, but at the end of last year I took a deep breath and sorted out all my editing plans. I wrote a list of all the problems, had some amazing help and advice from other writers, made a full story synopsis and got a plan for how I was going to edit this novella.

Come January, I dived into plot edits. I ignored all the character problems, all the theme problems, and just fixed the plot. I added chapters, I deleted chapters, I rewrote chapters. I totally changed the plot of the second half of the novella, fixed up the flow of the story so it fit the three act plot structure more smoothly, added more try-fail sequences, completely redid the climax…

I think you get the point. Basically, I’ve been doing a lot of edits.

Several exciting things have been happening though, so let’s get to those:

My edits added about 17k and that was enough words to hit and exceed 50k. My little novella has now graduated to novel status and I’m soo excited. *throws confetti over all the words*

Edits added a ‘part four’ onto the formerly three-part story

This goes with the extra words in general, but it was just another little thing that was so exciting. I split the monstrously-long-part-three into two shorter parts. Just another little milestone for this precious novel.

Part one, first and last sentences:

Darkness seeps down over me, like a nightmare snatching away the dreams of sunshine.

I’ve got parallels for the other three parts too, but I’ll keep those secret because I don’t want to spoil them for you. 😛

As I mentioned at the beginning, I started with plot edits. Fixing all those plot holes and rewriting all those terrible scenes. The first Saturday (3rd) of this month, I finished that section of edits! Which called for celebrations and a week of relaxing, but now I’m back into things again. I’m going through and working on strengthening some of the characters. If all goes well, I will be finished these second(ish?) draft edits near the end of February or the beginning of March. 😯

Needless to say, that’s super exciting, and I start screaming internally every time I think about it. 😉

Once I’m finished this draft, my next step is…

If you remember from my editing blog post, this is the step where I go back to the beginning, and let this novel rest for a little bit. I plan to decide on my Camp NaNo novel for April (it’s coming up so fast already??) and do some reading, some critiquing, some plotting—all that fun stuff, pretty much. Then after my first draft adventure through April, I’ll get right back into A Sprig of Green and right back into editing.

I used to dread editing, it was a sort of daunting, scary thing. But this time I’m really looking forward to it, and enjoying the edits I’m doing, and it’s just been really fun to watch my story improve in little steps.

I’m also looking forward to later on in this year with alpha and beta readers on the horizon. *more internal screaming*

More info of that sort will come as we go further through the year. Nothing is set in stone at the moment, but I am hoping to have betas for this novel around October this year (help, I’m screaming) so hold your horses until then.

Moving on, I promised snippets!! I’m going to have two snippets (different than the ones from my newsletter—so you can still enjoy them if you’ve read those 😉 ), one from Michayla and one from Braden. And also some aesthetic collages because you all know that I’m mildly obsessed with them, so there’s no point in me pretending otherwise. XD

Michayla’s snippet is on the long side to make up for the shorter Braden one. Because Braden practically lives and walks spoilers and finding even a lowkey, slightly less spoilery snippet is almost impossible.

“Michayla?” Veny’s voice drifts back to me.

I drop the bucket behind the door, wiping my hands on the top layer of my skirt.

“Michayla,” her voice is sharper this time, and I turn quickly.

Scrambling down the corridor, I follow the sounds into the parlour. Venys spins to face me as I limp to the doorway. A flash of what almost seems like relief crosses her eyes, but then she nods curtly. “Good. No one’s called while I was gone?”

I shake my head, then move forward. “Did you want me to take the—”

“Yes, take the boxes to the kitchen, would you?” Venys sinks into a cushioned chair, flapping her hand in front of her flushed face.

Ducking my head, I lug the first box across the hallway and to the kitchen. The misted window lets in a glow of light, giving the room an orange tone from the colour of the towering chasm walls around us. I slide the box across the floor into the small niche beneath the bench, then turn and limp back for the second box.

Father normally comes back on the third day of the Testing. Any moment now and I’ll hear the greeter bleeping again to announce him.

I stow the second box of rations and then sit down on the floor beside them, closing my eyes.

“No one cares about green anymore.”

He was wrong. Mother cared. I cared. He cared once.

Why is it different now? Why doesn’t he see? It’s like he’s stuck in a memory.

I prop my chin on my hand and stare toward the window. The vague shapes of the other buildings are mere blurs of browns and blacks and greys. I tug a spring of hair beside my ear and then push to my feet. I can’t think about that now. It’ll all turn out to be okay.

I fetch a glass of cold lemonade from the cool box and limp carefully back to the parlour. The screen along one wall flashes advertisments but Venys isn’t even watching it. She just sits slumped in the chair, her hand over her eyes.

Her form stiffens and she looks up, then notices the glass in my hand. “Thank you,” she replies, though I can barely hear it over the chirpy voice from the screen behind me. Venys takes the glass, then her gaze leaves me. Dismissing me.

I stand for a moment, teetering. I could sit down beside her. I could ask her if she’s okay.

I swallow and turn away, hobbling back into the hallway. She wouldn’t want to talk to me about it anyway. She never has before. 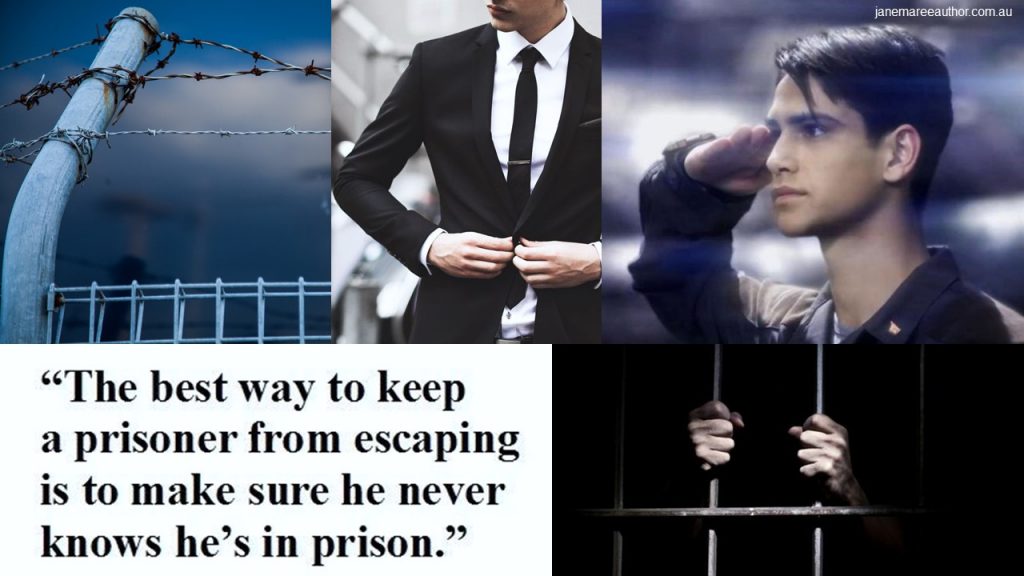 I look up again, sucking in a sharp breath as I realise Commander Wes has moved over to me and is standing in front of me, gaze dark as he stares down.

He’s trying to cow me. Trying to make me uncertain, and then he’s going to question me.

But so help me, I won’t tell him anything. Whatever he wants from me, I’m not going to help. Through all the questions that flood my mind, one of them, I can answer.

Commander Wes doesn’t need my help. He’s a…He’s…I shut my eye again and let out a soft huff of breath, groaning inside. For goodness sakes, I can’t even think up a good enough adjective-verb-noun sequence for him. Pitiful.

The door opens but I don’t bother to look up again. Then a muffled cry makes me jerk to attention again. Two officers drag a small girl across the room, pushing her down into another chair a few meters away, not unlike my own.

“Michayla—” I jerk, trying to stand and failing.

That’s about all I have for you. There’s been exciting milestones for A Sprig of Green and some more soon to come. I’m looking forward to where God takes me and this novel over the rest of 2018.

What are you working on at the moment? Do you enjoy or dread editing? Tell me all about your writing for this year so far!