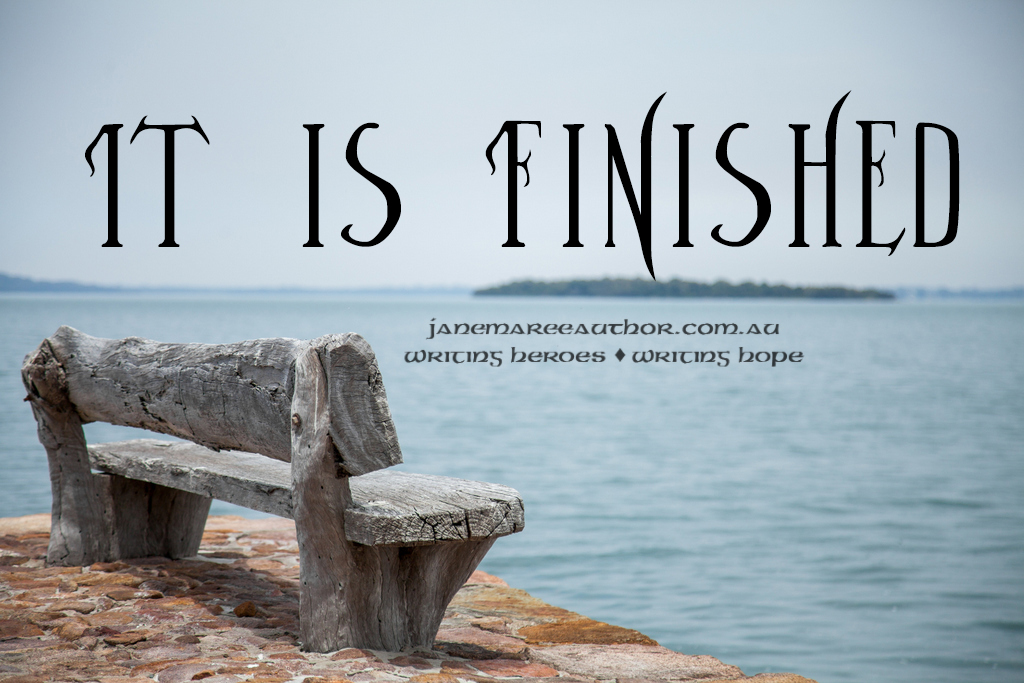 Easter is here. That weekend of chocolate and rabbits and eggs and celebrating the resurrection of Jesus Christ. (And also, as it happens, the weekend where I forget to publish my post, not just write it.)

Something that comes to my mind almost every Easter is the words “It is finished.” You know, the words Jesus said just before he died. I think it’s so easy to read those words and not realise the full meaning behind them.

Picture a superhero. Not the sort of guy most people would pick as a hero, but someone who loves everyone—even the ones that are trying to kill him—so much that he will do anything to save them. He steps forward to give up his own life, even. There’s the super villain laughing as he thinks he’s won the battle, watching the Hero of the world dying.

And then those words.

It wasn’t a defeated statement. A statement saying “I’ve tried but this is the end now.” That statement is saying “I have done it. I have won.”

Can’t you just imagine the look on the super villain’s face as that flash of doubt springs upon him as the Hero dies. What did he mean? He must be just making things up…right?

Luckily for us, it is finished and Jesus—the only perfect Hero—has won.

That’s something I feel like we forget to think about when Easter comes. We think “Yay! Jesus rose from the dead!” but do we think about what that means for us?

It is finished and Jesus has conquered death.

It is finished and He has taken our sin on Himself.

It is finished and we get His righteousness.

It is finished and all we have to do is walk with Him.

It is finished and we don’t have to fight anymore, or try to be ‘good enough.’

It is finished and we can boldly approach the throne of grace, knowing that when the Father looks at us he sees Jesus’ righteousness.

It is finished and we are sons and daughters of the High King of the universe.

It is finished! He has done it!
Let your weary heart rejoice
Our redemption is accomplished
Raise a shout with ragged voice

And go bravely into battle
Knowing He has won the war
It is finished, lift your head
And weep no more

I pray that your Easter is full of joy as you celebrate what Christ has done for us. 🙂

Do you have any plans for this weekend? What’s your favourite easter tradition? Let’s hang out together!