The Joyful Tag for Writers 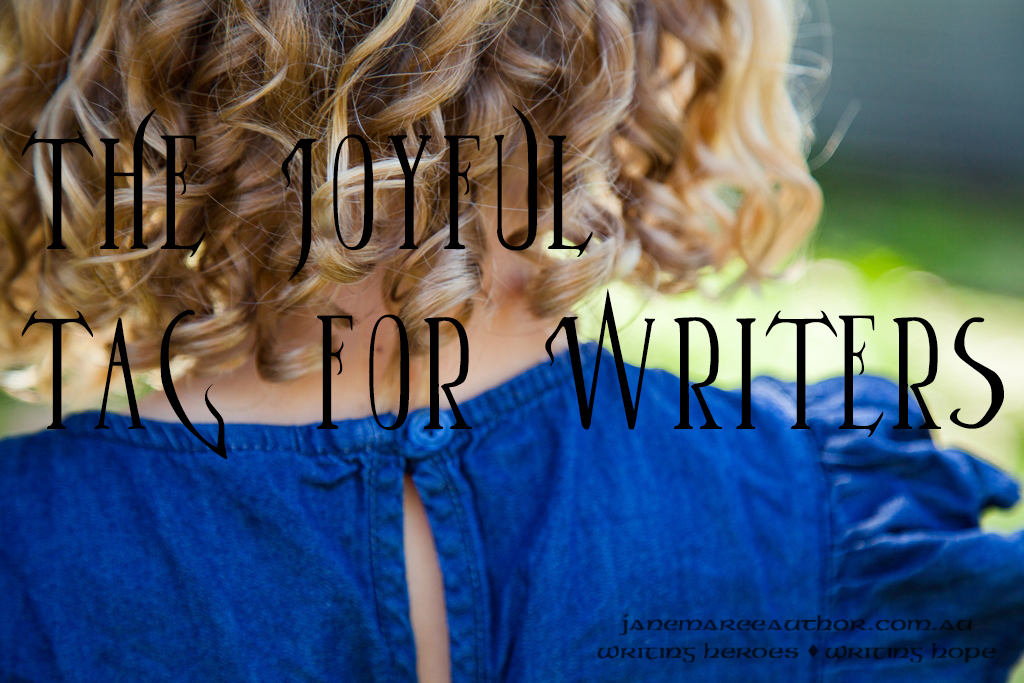 I’m dropping in today from in the middle of a mini ‘writing retreat week’ to do a little tag that Hannah Gaudette created a few days ago. The joyful tag for writers! That sounds like a perfect tag for me.

I’m going to be taking my WIP-related answers from A Sprig of Green, since I’m working on edits with that at the moment. And without further ado, let’s dive right into the questions!

1: What would happen if any three of your characters were put in a room together for an extended period of time?

Picking three characters from ASoG is so haaaard (yes. Hard with four ‘a’s. 😉 ) because I have two main characters but then I have to pick one. more.

But I’m going to pick Amethyst (the oldest of Michayla’s two step sisters), Gwen Zephyr (a government security officer), and Braden Argo (one of the main characters).

Them in a room, would probably end up with the three of them talking about techo things and they’d just hang out for hours probably. 😛

2: If you had to choose a theme song to represent your current WIP, what would it be?

Probably Heart of Courage (TSfH) because it’s so epic and beautiful and the style of it just fits really well. Plus the title is about courage and that’s one of my main themes.

3: If you could travel to any fictional universe, what would it be and why?

Okay, to be honest, I think I’ll go with Middle Earth, so I can see all the different places and meet the hobbits and the elves and all the rest. And hopefully not find a magical ring, because a lot of bother comes with those, or so I’ve heard.

4: If you were stranded on another planet with one of your characters, who would it be and why?

I would want it to be Gwen Zephyr because she’s a smart thinker and practical enough to work out what’s going on.

But with my luck it’d be Michayla and we’d both waltz around the planet having the time of our lives and also having no idea where on earth we were.

5: If you were stranded on another planet with another fictional character—not your own—who would it be and why?

Rey. Yes please and thank you and I hope she’s got the Millennium Falcon with her so we can go exploring but also safely get back to earth if need be. 😛

6: What is your least favourite genre to write in and why?

Picking from the genres that I have actually tried (which rules out things like horror and romance, etc.) I’d have to say…western/contemporary-ish. I attempted it once and we’ll just say that it was a bit odd and quite amusing, but not something I’d want to try again.

7: If you had to live out the role of a fictional character, who would it be?

Since fictional characters all have terrible lives, can I opt out of this?? 😯

Okay, okay. Maybe Beth from the Mission League? I don’t really think there’s many roles I’d be able to fill very well, so I’ll have to stick with that.

8: What is one thing people must know about you?

I’ve done it at least once, anyway. 😉

And that’s the end of the questions! Thanks again, Hannah, for tagging me; it was great fun to do this. I’m going to toss out this tag for everyone because it’s a good fun thing to do.

How is your WIP coming along? Which of your characters would you want to be stranded on a random planet with? Let’s chat!