What Star Wars Can Teach Us About Storytelling

First of all, may the fourth be with you. In honour of this day, here’s a photo of me and my friends/family cosplaying as Star Wars characters. 😛 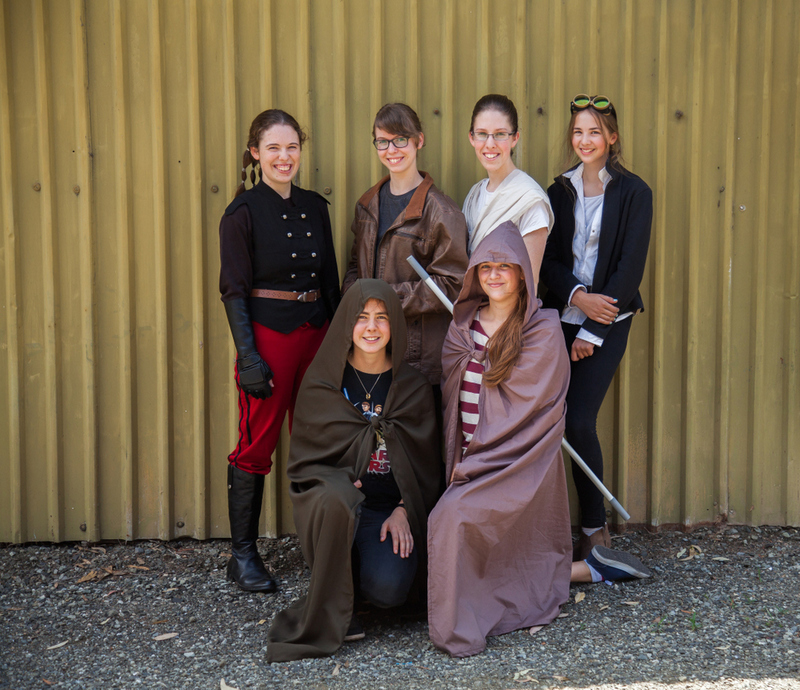 It’s Star Wars day today. The day on which we say nerdy puns and should all speak in Han Solo quotes because he’s got some of the best lines in the entire franchise. So obviously, I had to do a post about Star Wars.

George Lucas and J.J. Abrams have both had their turn at this series, and have both showcased good and not-so-good methods of storytelling. The thing is, whether it’s good or bad, we can learn from them in many ways. Sometimes following their examples, sometimes taking warning from them.

Mild spoilers ahead, if you haven’t watched Star Wars (particularly the original trilogy). I’ve kept them to a minimum though, and I (hopefully) won’t spoil anything more major than a couple of iconic lines and quotes and some character motivations.

Characters are the embodiment of your theme

Characters should drive your plot, but more than that, they are living and breathing aspects of your theme. Their experiments in living show different points of view on your focusing question, and create more conflict in their different world views.

Joseph Campbell helped George Lucas use this brilliantly in the original Star Wars trilogy, with each of the characters having a different view on the theme, and living that out in a way that clearly and satisfyingly developed the theme in a strong and deep way.

Be bold in your characters and they will be memorable

The characters in Star Wars are very memorable, but personally I think that Han Solo was the best of them. His unique style and personality is absolutely unforgettable. All of the characters were bold and different from a lot of characters around that time, and they were very well crafted.

George Lucas wanted to create a character like Han Solo, but he was maybe a little less bold than he should have been. He didn’t want to take the cocky, scoundrel feel too far. But Harrison Ford didn’t like the scripted dialogue and said it was nothing like what Han Solo would realistically say.

So he actually made up most of his lines in the original trilogy. And, in making up his own lines, he crafted a memorable and realistic character. He put himself into that character so deeply, and now Han Solo is one of the most catchy and unforgettable Star Wars characters in the entire franchise.

Fun fact: In the carbonite freezing scene in The Empire Strikes Back, Harrison Ford discarded the scripted “I love you too” response, and spontaneously replied with “I know” as they were filming. And it’s become one of the most iconic lines of the trilogy, not to mention how much more it fits with Han’s character than “I love you too” would have. 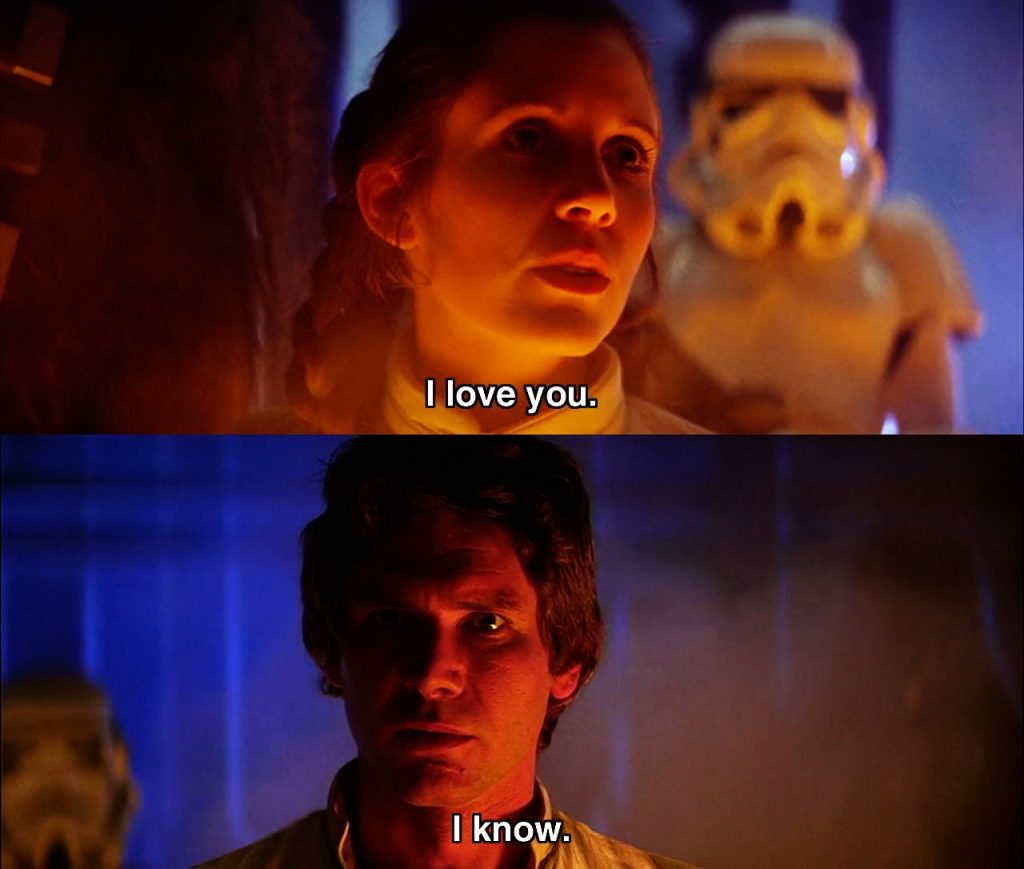 Every part of the story needs to be connected

If each of the plots are disconnected from each other (with maybe an occasional exception), they’re going to feel tacked together like the two different stories they are. Like two totally different movies about different things.

To state the obvious: if they’re not connected, they won’t feel connected. (Looking at you The Last Jedi.)

How to do a three-movie/book character arc

The original trilogy is a great example of how to do character arcs over three movies/books. Luke’s character arc is started off well in A New Hope, and is an overarching part of the story all the way to Return of the Jedi. It continues seamlessly through each of the three movies, and is very well done.

If you’re writing a trilogy, I highly recommend studying this Star Wars trilogy to see how the character arcs were done. 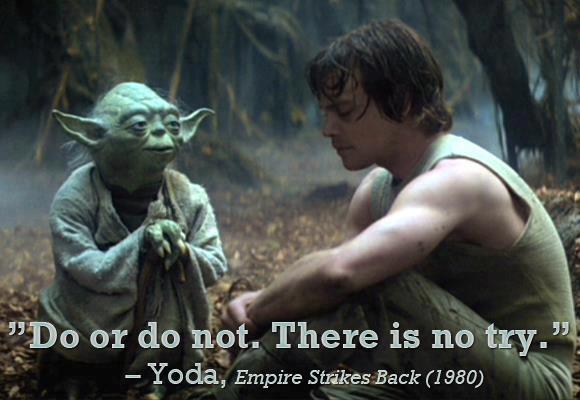 Character. development. has. to. happen.

Back to The Last Jedi. Mild spoilers if you haven’t yet seen the movie.

Poe learns: retreating can be better than jumping into an x-wing and blowing something up
Finn learns: not to run away?
Rey learns: …nothing?

You could argue that they do learn things and change a bit, but not in a deeply effective way. Finn’s running away wasn’t necessarily a bad thing. He was trying to save Rey, not save himself—so it wasn’t selfish. At the end, where he almost sacrifices himself, it’s not a change from the precious character he’s always been. He was always kind and self depreciating and sacrificing himself like that wasn’t out of character or a change of character.

And Rey. Yes, she went through some odd things, but the only sort of doubt I can find is perhaps the conflict of her wanting to know who she is. And at the end, maybe one could take a stretch and say that she knows now. But honestly, I don’t think even that quite works. She hasn’t changed her stance, but it’s not a flat arc either, because she doesn’t have enough doubts and dillemas for that. I could probably do a whole post on this, but we’ll leave it at the fact that I simply can’t see any character arc for her at all. She has none.

The Last Jedi could’ve been so much stronger if there had been some solid character development. Plot problems can be looked past if there are deep and meaningful themes and development. Sadly, there wasn’t really any of that and it lost half of the potential it offered. (Though it did have some good lines.) 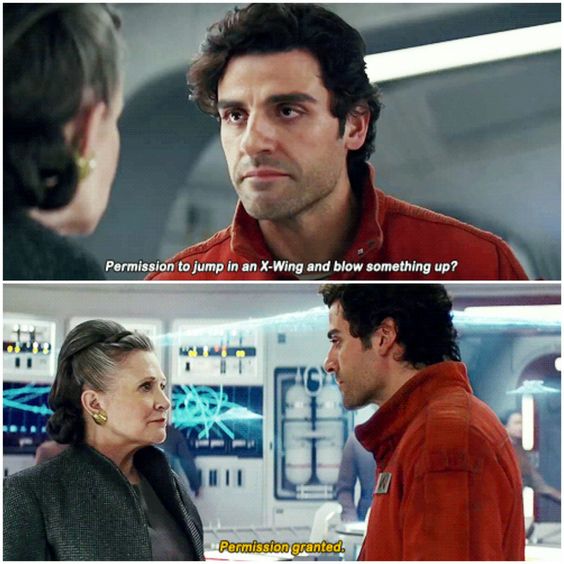 The protagonist and the antagonist should be (almost!) the same

In the original trilogy, Luke Skywalker was one bad choice away from becoming Darth Vader. And that makes the two characters—protagonist and antagonist—so much stronger in their relationship against each other. Luke could so easily be Darth Vader that the stakes are that much higher as you can see how close he is. One choice and he could cross the line between hero and villain.

The storytelling is such that when it comes to the climax, you can’t know for sure what the outcome will be. Which, in turn, leaves the viewers sitting on the edges of their seats in suspense.

Unless you’ve heard spoilers, in which case, I am very sorry and my heart is breaking for you. 😉

The same applies in our novels. As soon as there’s a similarity between the protagonist and antagonist, seeing the differences is so much bigger and more effective. You’ve got to scare your readers with how similar they are. Make your readers realise that the Hero could just as easily be the villain.

Know everything about your book, so you don’t contradict

You should know absolutely everything there is to know about your novel. The toughest questions, the most obscure facts. You don’t have to include them into the story (in fact, you shouldn’t in most cases), but you have to know them.

If you don’t have an absolute understanding of your world, characters, and story, sequels and prequels can contradict. The prequel trilogy of Episodes 1-3 have inconsistencies in story facts, knowledge of the audience, and knowledge of the characters. These are the main reasons why you’ll see the most avid Star Wars fans disliking that trilogy specifically. 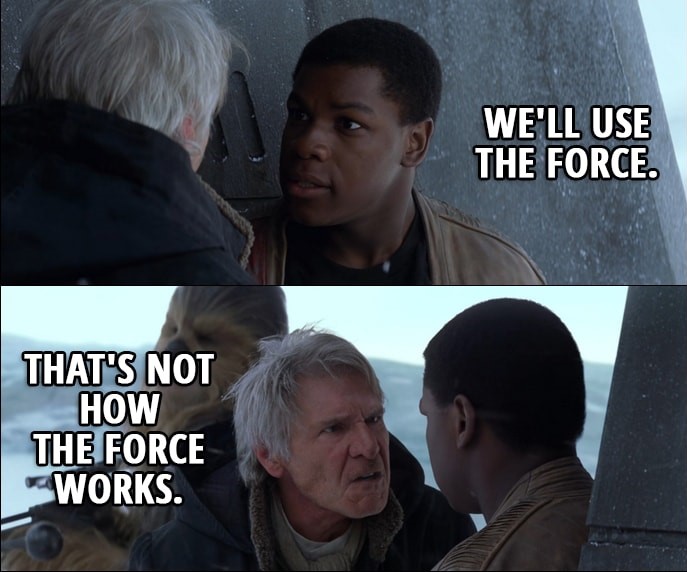 Don’t forget who your protagonist is

This seems like a no-brainer, but it’s still a trap that can be fallen into. In the second trilogy, Anakin was supposed to be the main character, but he was sidelined in the majority of both The Phantom Menace and Attack of the Clones and only really took the main stage in Episode Three. This meant that the trilogy as a whole didn’t have the strength that it could have, and didn’t end up supporting the original trilogy as well as it should have. With proper development, Anakin’s story could’ve highlighted Luke’s story and made it even stronger, but instead it became a backstory less developed and less deep than the original trilogy.

It’s possible to let side characters over shadow your main character and steal the stage. If that’s happening, maybe you’ve chosen the wrong character as the main character. Or maybe you just need to rework your plot and characters. Your main character doesn’t have to be the strongest, the fastest, and the bravest, but he should certainly have the most screen/page time and the deepest connection.

There’s many more things we can take from Star Wars, both the good and the bad, but this is just a few of them. Now go forth and eat chewie cupcakes and millennium falcon pizza. You know you want to. 😛

Which is your favourite Star Wars movie? Who’s you’re favourite character? Are you looking forward to the ‘Solo’ movie, or are you skeptical? (I’m on the nervously skeptical side, myself 😉 ) Let’s chat, and may the force be with you!