Why You Should Read Your Old Writing 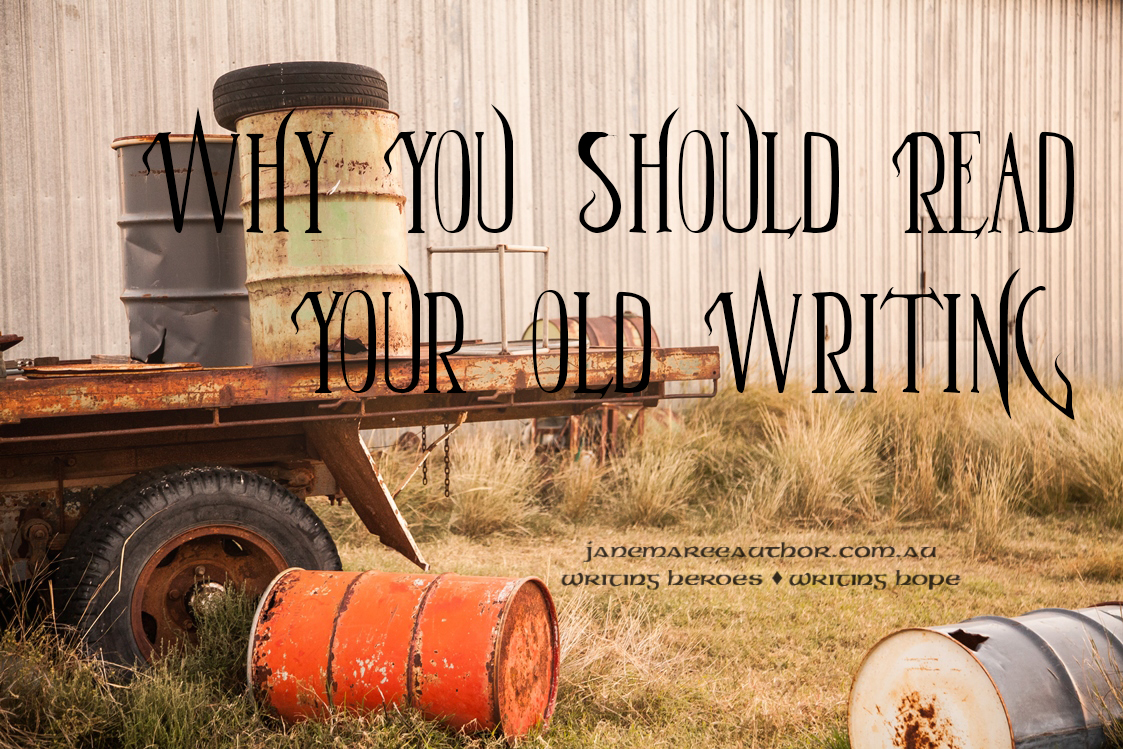 Writers, as with all craftsmen/women, are constantly growing in their craft. We work on it every week, every month, every year, and as time goes on we learn how to make our stories better, stronger, deeper.

With that quality development, it’s very easy to look back on old writing, cringe, hide it in a deepest corner of darkness, and never look at it again.

I have done this with more than one novel. In fact, there was this one story that I co-authored with my cousin, and a year ago we got together with the crinkled stack of paper that was our story and had a ceremonious burning and burnt every. last. page.

I won’t deny that it was very satisfying.

However, when those old manuscripts get hidden in the pit of despair, we’re risking the loss of a priceless learning tool. Your old writing has a lot to teach you, and shouldn’t just be wasted in the depths of darkness.

Learn From Your Mistakes

Learning how to fix your mistakes comes much faster if you’re willing to look at and analyse them. When you can look those mistakes in the face and see where you went wrong, you’ll know how to avoid doing that next time.

If you do that with every novel you write, they’ll start improving in leaps. No more repeating the mistakes you’ve already done.

Help Other Writers Learn Too

To put it simply: if you never look back at your mistakes and work out how to fix them, you’re not going to be much help for new writers who are struggling with the exact same problems you struggled with. You’re going to be stuck in the pizza sauce together with no one to pull you out. 😉

If you work through your mistakes, you’ll have that personal experience to be able to help other writers. To give them tips, to explain what exactly is wrong, to come alongside and help them up.

I will admit that I have fallen into the latter trap a couple of times. I start reading someone’s writing and almost strangle myself because it sounds exactly like my own writing four years ago and it’s just too much and I skim through and don’t give as much help as I could or should. Shame on me.

I’ve passed that stage (though I’m by no means perfect) so I can help other people. But if I’m still pained about my past novels, I’m not going to be as useful as I could be and they’re going to have to look somewhere else for advice. That’s not fair on them.

The moral of the story: buck up and deal with it. We all started off terribly. XD

Remind Yourself How Far You’ve Come

Writing is hard, and it’s very easy to get down about your own writing. So easy to look at your novel and see all the problems and think “I’m the worst writer ever.”

My #1 tip for when that happens: look at something you wrote a few years ago. Or, if you haven’t been writing that long, just a few months ago still works. You’ll see the difference.

You mightn’t be an expert, but you’re closer than you were before!

I’m saying you should read your old books, but I’m not saying you have to enjoy them. I frequently rip on my old novels because they’re basically piles of scrap metal. I look back through them and laugh and roll my eyes.

But I do look back through them.

No, you don’t have to think your past writing is genius—in fact, it’s probably not—but you can still acknowledge that if it weren’t for all those piles of plotless rubbish, you wouldn’t be where you are today.

I had another brilliant point that I was going to make, but I’ve completely and utterly forgotten what it could’ve possibly been, so let’s move on. 😛

As a bit of a practical example, here are two random snippets of my writing. One from my first official novel, and another from my most recent (unfinished) first draft.

The soldiers shoved me into a cell and I stumbled and fell as they released me, I lay on the filthy floor and groaned. After a while I rolled over and stared up at the ceiling. The walls and roof of the cell consisted of huge stone blocks except for the grating at the front. I dragged myself to my feet and lurched towards the front of the cell. I held onto the strong iron bars and stared out hopelessly.

I stumble and fall against the far wall, catching myself on my shoulder with a grunt. Of all the insolent, rude— Dane crashes into me, but staggers back again, gasping. “Sorry.”
I twist around. “What’s going on?” I demand, lurching toward the door. “I don’t understand.”
The door slams in my face and the room plunges into darkness and I—chosen rescuer, and heir to the entire kingdom of Linnrylon and the Isles—am locked in my own damsel’s pantry.

There’s a few quick things to pick up from comparing those two sections. First off, the second paragraph has a lot more character in it and the quirks and style and voice come out clearly. Looking back at the first snippet…it doesn’t really have that at all. The phrasing is blocky, telling, and doesn’t have the emotion to truly engage the reader how it should.

Fun fact: every single novel that I’ve written (discounting serial stories + short stories) have had a scene where at least one character was in a prison/dungeon. With the exception of Powerless in which the condemned character was kidnapped on the way to a prison. I love my little law breakers. 😛

So next time you look back at an old novel of yours, don’t be too quick to perform a ceremonious burning or shove it into the deepest hole of darkness (no matter how good that sounds). There’s always room to learn from the flaws of your past writing, and your future self won’t regret it.

Your turn! Have you ever wanted to burn (or actually burnt) one of your old manuscripts? What’s something you can learn from the first story you’ve ever written?