July’s Camp NaNo Project (Feat. Why I Write So Many Novels) 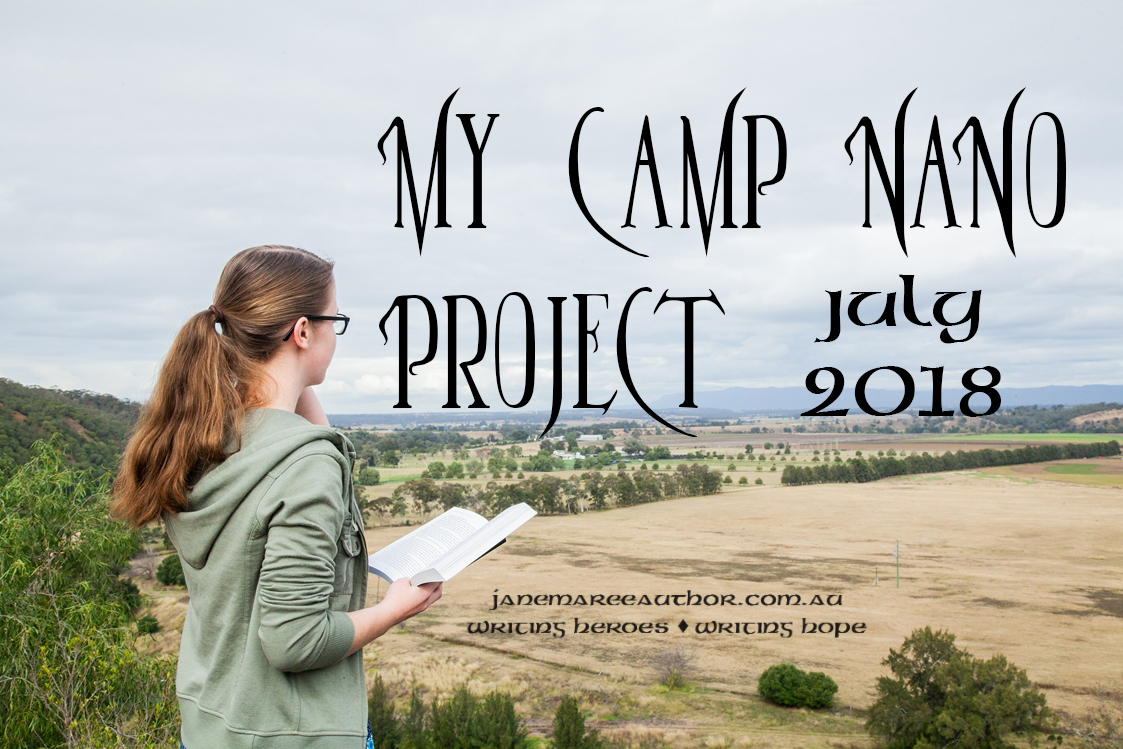 If you’ve hung around here for very long, you’ll probably have put two and two together and worked out that I can’t do maths. What can I say? I’m a writer, not an engineer.

You also might’ve put four and four together and realised that I’ve written eight novels in the past two and a half years. (Yes, eight novels. Yes, I do sleep sometimes.) Out of those eight novels, I’ve rewritten/roughly edited two and seriously edited one.

With so many novels on my plate, wouldn’t it make more sense to just buckle down and actually…you know…edit? I am a freelance editor, after all, aren’t I?

Or I could at least spend more time writing them so I don’t have to do as much editing afterward anyway.

As it happens, I’m the owner of a very short attention span.

I DO have a short attention span, and that can make actually sticking to things for long periods of time a bit of a challenge. If I spend more than a month working on one novel, my brain starts to implode. It turns into a shriveled sultana/raisin of its former self, and I just can’t make myself keep going without a lot of effort and grumpy Wookie noises.

Generally speaking, it takes me one month to write a novel from start to finish, including the plotting and story-boarding. This year was actually the first year that I dedicated more than one month straight to a novel.

I edited A Sprig of Green in April and the first half of May, and let me tell you—in that first half of May it hit me like a load of bricks that I don’t normally work on one novel longer than a month. I just wanted to go and write something new. Scrap all the editing. I knew that novel like the back of my hand and it was time for a change.

But I kept going. I kept slogging through, and I did get through the edits fairly quickly in the end.

The moral of the story: Even if your brain has turned into a roasted potato, keep going. (Unless it’s so roasted that you’re just making a mess of your novel, in which case it’ll probably be the best idea to take a break for a bit.)

That’s why I write three+ novels in a year. I love the adventure and the excitement of the new stories. I love exploring new characters and new themes. I also love just sitting down and letting the words pour out, without having to worry about whether they’re the best quality, but just letting that piece of myself flow into a brand new story.

Is this the ultimate best method for all writers? No. Absolutely not.

Is it the best method for me? Most of the time, yes. If I tried to spend three months writing one novel, I’m pretty sure my brain literally would become a sultana, and I’d grow so much hair I’d turn into a Wookie and you could all call me Chewie.

On the other hand, some writers work best that way. I don’t, but that doesn’t mean that I’m wrong and you’re right. Nor does it mean that you’re wrong and I’m right.

BUT sometimes we have to do things that aren’t in our comfort, ‘normal’ zone. If I hadn’t kept going in my edits, I probably wouldn’t have ASoG with alpha readers right now. In the same way, there is a time and a place for those pedantic my-first-draft-must-be-perfect writers to just breathe that story out and not worry about the details.

On that note, July Camp NaNo is basically here, and I’m super excited for more first drafting! I always am, actually. I’m not fooling anyone.

Since I’ve just been working on a fantasy novel (PRINCE), I got to narrow down my choices to a sci fi/futuristic style book, because I want explosions and car chases again. 😛 After praying and talking to friends and family, I finally picked between the top two contestant story ideas. A Sci Fi story with great promises for explosions. I mean, the story is literally about the sun exploding, and the people having to escape before the supernova kills everyone.

Introducing my next novel…

This is a bit of a sneak peak into the pinterest board, because I couldn’t make a collage that actually looked any good and included the whole feel. If you’ve looked at my books page recently, you might’ve seen the mock cover I made for this too.

The story world has two very opposing cultures and it’s basically mixing desert nomad aesthetic with bright lights and disco parties aesthetic. And it doesn’t turn out very aesthetic either way. xD But I do have collages for each of the main characters, which I will bless upon you in a moment. 😀

First of all—a bit about the story!

The sun is falling; ever closer, ever nearer. The once lush planet has turned to a desert waste, all human life retreating beneath the ground to escape the burning rays of the sun. Except for a tribe of nomads, traversing the globe to keep in the shadow of twilight. A pattern of survival.

No matter how hard Ashal tries, nothing he does seems to matter. A meaningless life, following the sun around the globe in an endless journey. What use is it to be sent from the sun, if there is no purpose?

Beneath the ground, Roxanne Wilde whiles away her life in parties and fun, but secrets lurk beneath the surface at every turn and she isn’t without her own. Once she sought for the light, but now she knows: Some people simply aren’t destined for anything. Some people just exist.

As the sun falls ever closer, the timer begins ticking down. If anyone is to get off the planet alive, someone will have to act. Someone will have to step forward and take their life in their hands and live it for everyone else. It is far easier to exist than to really live.

Spoilers: the book ends with the planet exploding. But has everyone gotten off safely??? Who knows.

Woot, that actually wasn’t a half bad synopsis, considering I only have a very (very) rough outline of the plot. 😯 I still have two days left to smooth out the details… (someone please come and slap some sense into me.)

I’ve got two POV characters, Ashal and Roxy, and they’ve both been a lot of fun to brainstorm about and give personalities to. And decide their fates, mwahahaha.

Ashal :: Arsal Caeli
Meaning: Light/Radiance :: One who was sent from above.

The nomad tribe found Ashal—a baby in the wreckage of a star ship crash—and took him in to raise him. They believe he was sent from the sun, and the fact that his brown hair bleaches to white by the time he is a teen only cements that belief.

He’s now 17, 5’5″/165 cm, with perfectly white hair (apparently it’s impossible to find a face claim with tanned skin and white hair who is also younger than sixty xD). He tries to be a leader and do what everyone expects of him, but he feels responsible for the sun coming closer and thinks that he should be able to do something to stop it. And the more he tries, the more he finds out that he can’t do enough. 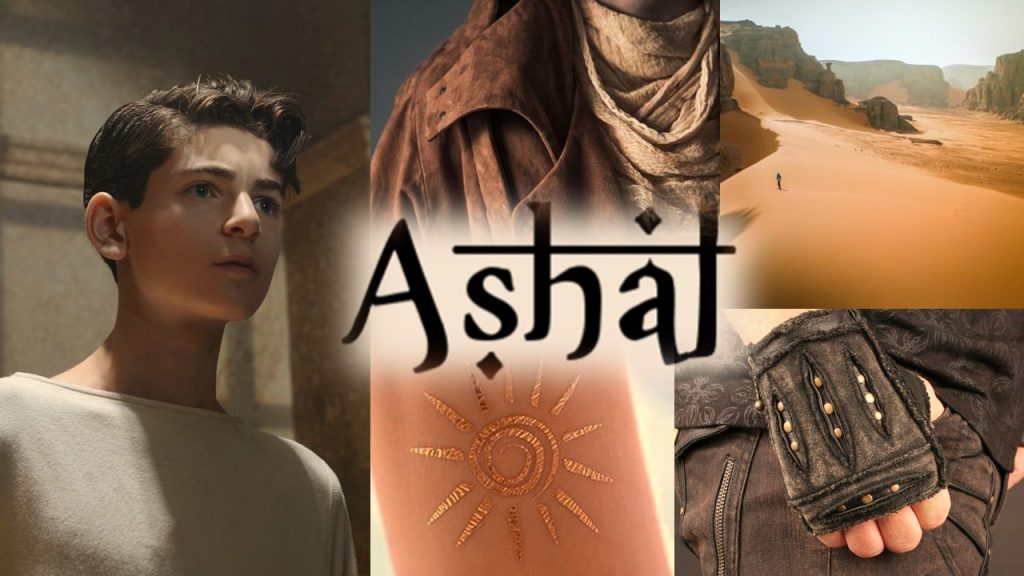 Roxy grew up in the institute, never knowing her parents, same as all the other kids in the Undercity. She’s just graduated and moved out to a small apartment with a friend. Though she once dreamed of being a mechanic, such a job is the lowest, frowned-upon occupation, so she is studying to be an architect.

She’s 18, 5’10″/177 cm, and has bright pink hair. She’s always wanted to fit in with the popular crowd, but none of her friends ever quite feel like real friends—and certainly not like the ‘family’ they claim to be. Her fizzy attitude makes her seem comfortable and popular, but she’s far more insecure than she lets on. She thinks she’s too late to find a real family, and she just has to take what she’s got now. 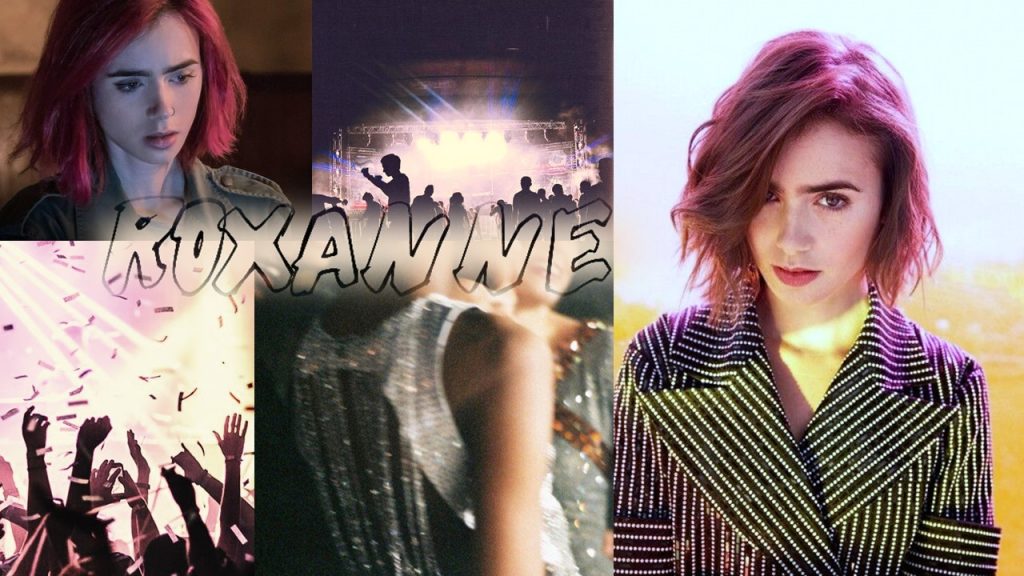 There’s also a ragtag bunch of weirdos who come in, and a couple more of Ashal’s adopted nomad family/tribe, but if I made collages for all of them, I’d never actually get around to writing the book. 😛 Nadia, a gorgeous nomad girl. Tim Tam, a quirky handyman. Josiar Shawn, an ex-policeman. Plus more! This is going to be one of the bigger casts that I’ve used (even though there’s mostly only going to be two POVs), with about nine characters that are fairly major in the story. Not including all the spontaneous antagonists that will probably appear as I work out the details of plot in the next day. (Because why be prepared if you can put things off until last minute???)

I’m really looking forward to telling these guys’ story. Ashal and Roxy are already endearing themselves to me and I love them both. Hopefully that stays when I actually start writing. 😛 I’m particularly excited about the climax/ending, because often my first drafts end up with lame finishes or basically no resolution, but I think I might’ve set it up better this time and it’ll actually end nicely.

‘Nicely’ meaning my readers will probably scream and throw stuff at me.

And if the ending is nice, the beginning will follow along too. I know that makes no sense but shhh I’m just preparing to go insane next month, and it’s going to be a lot of fun. 😉

That’s about it for Falling Sun as I probably should do some actual plotting so I know what I’m doing next month. Or maybe just read a book instead…

Are you doing Camp NaNo next month? Do you write fast or slow? Lots of first drafts, or more editing and perfecting? Let’s hang out and chat!