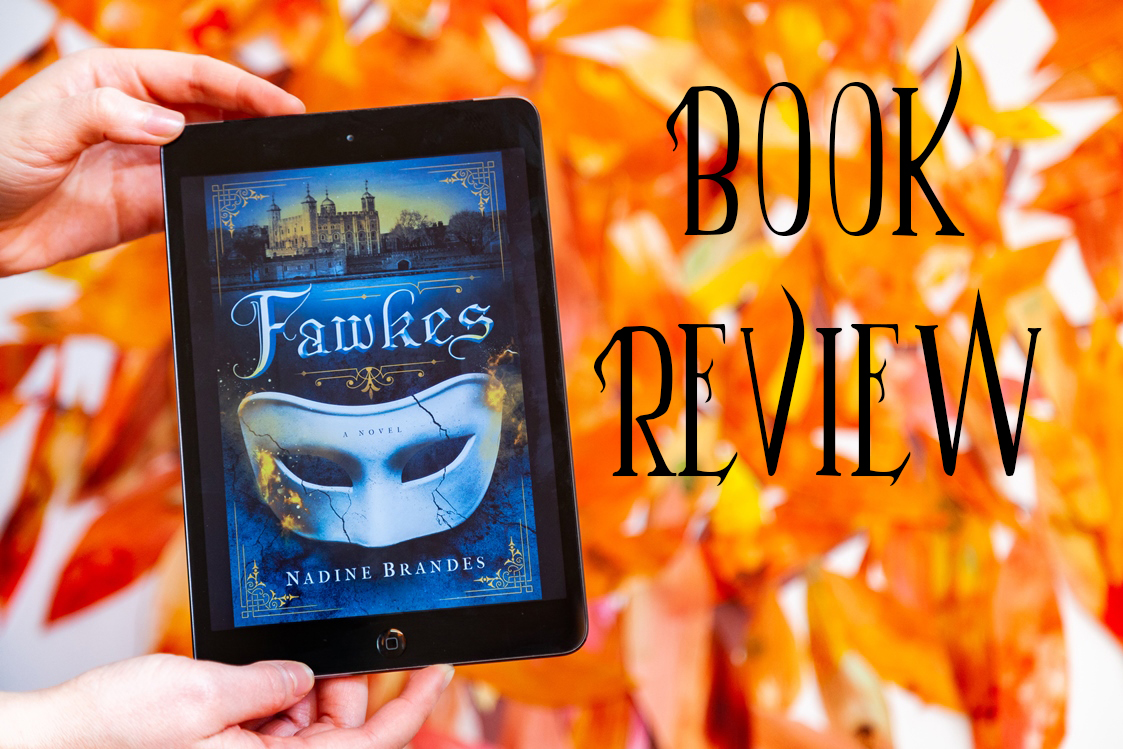 I have flailed about Nadine Brandes several times on this site, but just in case you don’t remember the other times: Nadine Brandes is one of my most favourite authors and I absolutely love her and her books are amazing.

Her newest book, Fawkes, is releasing NEXT WEEK and I finally managed to get my hands on an early review copy. My pre-order of the hardcopy has been shipped and I’m also rabidly stalking the mailbox, but I don’t think it’s going to turn up until next week. 😛

I was hugely excited to get to read this book before the release and I’d hyped myself up about it so much that I had to flap my arms around excitedly for a bit before I could actually sit down and read. 😉

Thomas Fawkes is turning to stone, and the only cure to the Stone Plague is to join his father’s plot to assassinate the king of England.

Silent wars leave the most carnage. The wars that are never declared, but are carried out in dark alleys with masks and hidden knives. Wars where color power alters the natural rhythm of 17th century London. And when the king calls for peace, no one listens until he finally calls for death.

But what if death finds him first?

Keepers think the Igniters caused the plague. Igniters think the Keepers did it. But all Thomas knows is that the Stone Plague infecting his eye is spreading. And if he doesn’t do something soon, he’ll be a lifeless statue. So when his Keeper father, Guy Fawkes, invites him to join the Gunpowder Plot—claiming it will put an end to the plague—Thomas is in.

The plan: use 36 barrels of gunpowder to blow up the Igniter King.
The problem: Doing so will destroy the family of the girl Thomas loves. But backing out of the plot will send his father and the other plotters to the gallows. To save one, Thomas will lose the other.

No matter Thomas’s choice, one thing is clear: once the decision is made and the color masks have been put on, there’s no turning back. 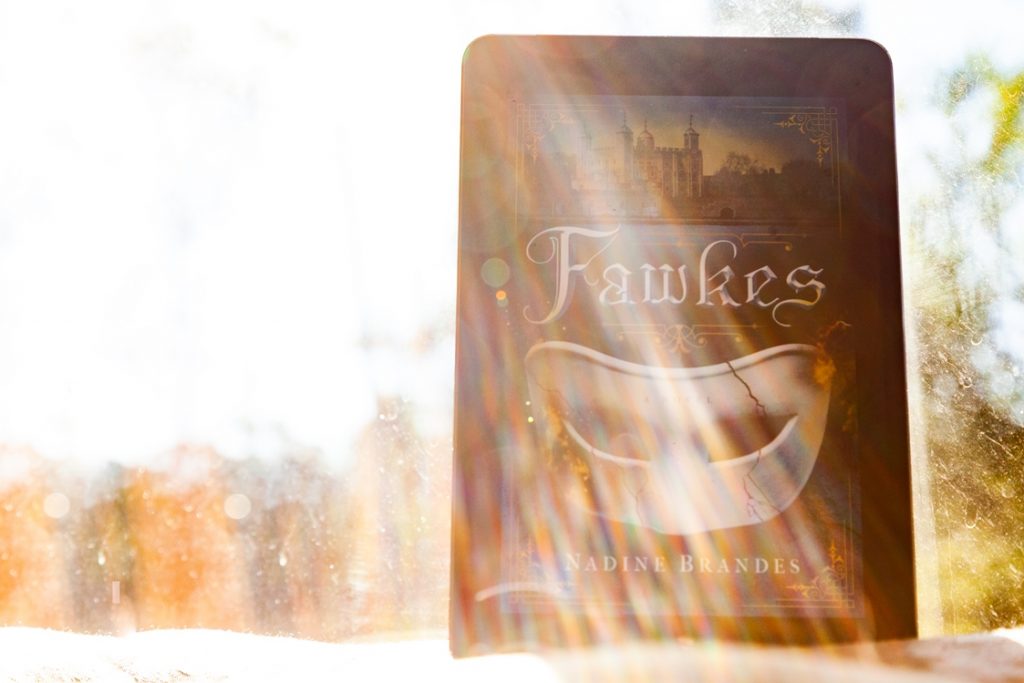 Fawkes is a Historical Fantasy retelling of the Gunpowder Plot, from the perspective of Thomas–Guy Fawkes’ teenage son. It follows his struggles and journey as he becomes part of this plot to kill the king and rid England of the terrible Stone Plague. The very plague that Thomas himself is slowly dying from.

I’m an avid reader of anything Nadine Brandes writes, and I had high expectations coming to this book. Fawkes stood up to each expectation and absolutely hooked me in from the very beginning.

This is very different than the Out of Time series (also by Nadine Brandes), but I liked it just as much. It’s difficult to compare the books since they’re so different—so don’t come to Fawkes thinking it’s going to be like A Time to Die. It’s completely different, and a totally new style, but I still absolutely enjoyed it.

Thomas’s struggles were so real and his voice drew me into the story. Obviously, he started off as a very flawed character, but that just leads to even stronger and deeper character development through the book. I was engaged in his story right from the beginning.

Emma was an amazing character. Her determination and spirit was so beautiful. She wasn’t defenseless at all, but she was also still feminine at the same time and that was wonderful to see in the world of modern YA fiction that says female characters cannot possibly be physically weak. Her journey was amazing to follow and I just really loved her inner strength and courageousness.

The plot followed the gunpowder assassination plan, but it revolved a lot more around Thomas’s personal development than the external conflict—though the external was certainly there as well. Internal growth and struggles always pull me in deeper to the story and I was really feeling everything that Thomas was going through.

I read the almost the entire second half of this book in one sitting because it was just so. absolutely. crazy. The tension rose with every chapter and kept me hooked to each page. Not only was there a heap of external struggles, there was so much internal dilemmas on Thomas’s part and it drew my heart into the story so deeply.

I could really feel Nadine’s heart in this novel, and that made every part of this book hugely impactful. I actually cried twice while reading this, and certainly giggled several other times. Everything about it just drew me in so I could experience the story so closely and so personally.

Content: There was some slightly more gruesome scenes, but I wouldn’t say it was any worse than A Time to Die (for example), and it was described enough, but not too much. Probably a 13+ read.

There are so many other things I liked about this book. The depth and complexity of Guy Fawkes’s character. The stunning magic system. The allegory echo between the magic and religion. The themes, oh my word. But if I tried to talk about everything this review would be way too massive.

I definitely recommend this breathtaking book! Don’t come to it expecting a normal historical fiction, or a normal fantasy book. It’s absolutely unique and most certainly worth the time it takes to read. If you think the cover looks amazing, just wait until you see what’s inside.

NOTE: I received a free e-ARC of this book from BookLook Bloggers in exchange for my honest review.

Have you read any of Nadine Brandes’ books? What’s the last book you read? Do you have a favourite read from this year so far? Let’s hang out together!