The Get To Know Me Tag – Writer’s Edition 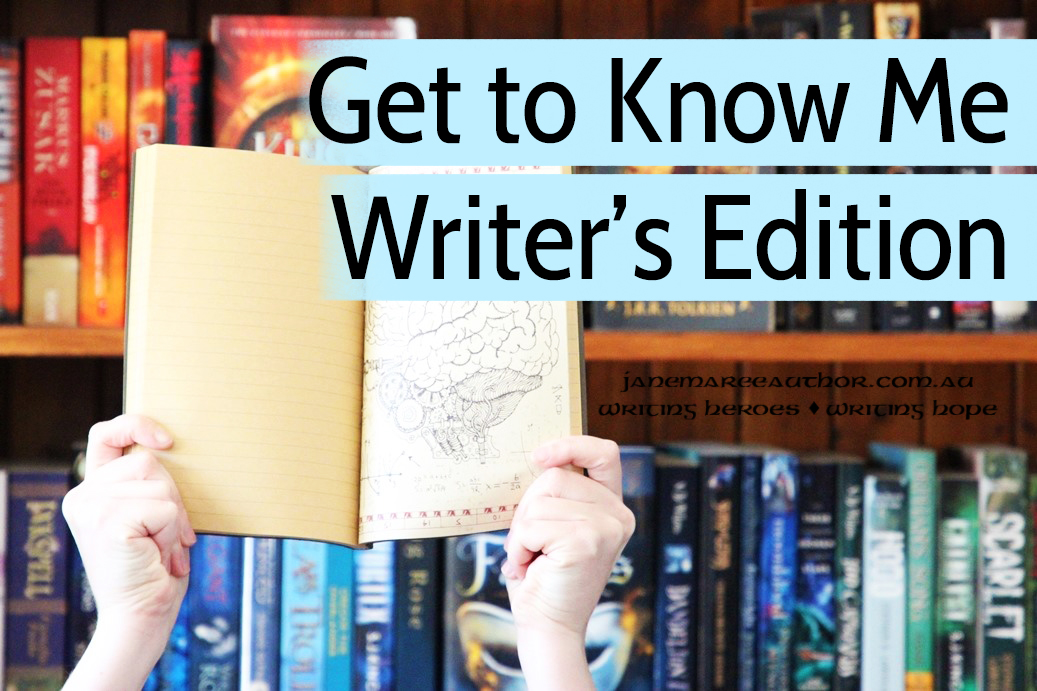 I love seeing these questionnaire tags that drift across the online universe, partly because I love learning more about my friends, and also because the writing community is all so interconnected and it’s wonderful to see such a supportive friend group.

But today I’m not here to talk about the wonders of the internet (though it is pretty cool), I’m here to take part in this super fun tag that a friend—Savannah Grace—invented and another friend—Hannah—tagged me for. (Thank you, Hannah!)

Because who doesn’t want to discover random fun facts about me? 😉

Nicknames: Egret (an adorable little girl named me this several years ago), Prill (came from a username I had on a site “Peace Rider Lydia”), Whale Food (Prill – Krill – Whale Food. Logic.), Percy (every time I wear an orange t-shirt), Big Deal (don’t think I have to explain this one… 😛), Janerio, Pizza Ninja, and others that come and go.

Before you ask, yes I legitimately answer to someone yelling out “Whale Food.” What can I say? Nicknames seem to stick to me.

Hair colour and length: Brown, and an inch or so below my shoulders.

Righty or lefty: Righty, but leaning toward ambidextrous because playing violin has made sure my left hand gets plenty of use.

Ethnicity: Australian! 1/18 Irish (some great-great somebody came to Australia during the Goldrush), and partly English as well. I’m also related to Luke Howard—the man who named the clouds, so that’s your random fact about me for the day.

First novel written: Not counting the short stories, there was one point several years ago when I wrote a tiny bit of what was kind of a novel. Except it was basically fanfiction. And I didn’t know what the plot was. I’m not 100% convinced it counts as a novel at all. 😂

First novel completed: The first novel I ever finished was The Bridge of Anskar (using the One Year Adventure Novel curriculum).

Award for writing: Nothing to mention here, because I have never actually entered any writing competitions. My only excuse is a) I haven’t thought about it much, and b) reading through rules and policies makes my brain turn into a microwaved marshmallow.

First publication: I had a short story published on Kingdom Pen last July.

Conference: I have never been to a writing conference! 😭 I really, really want to go to one, but the good ones are on the other side of the globe and plane tickets cost a lot of money. (And we’ve already established that I’m a broke bookworm.)

Query/Pitch: Nothing yet…but I’m working toward it. 😏

Novel (that you wrote): First of all, how can I choose between my precious children? I’m really torn for which to pick, but after a long and painful three minutes of crying over my novels, I’ll pick Powerless. I had so much fun writing this superhero book last November and some of the scenes in the book are on my all time favourites list.

Author: I’m going to be predictable and say Nadine Brandes because we all know that I’m forever a fangirl. 😛

Writing Music: I have different playlists for each novel so this one’s a tricky one to answer. The Kaladin Soundtrack (The Black Piper) is one of my favourites, and it’s on a couple different playlists. Powerless had a playlist almost entirely full of superhero movie soundtracks. Soundtracks are my jam, though, because lyrics make me get distracted.

Time To Write: Late morning/afternoon. I like to get all my other duties done in the morning, then hone away at the words for the afternoon. Drawing toward the evening is when I’m more likely to get distracted with talking to friends or staring at pinterest boards and wishing I had enough time to write all my novels all at once.

Movie: Spiderman: Homecoming! Spiderman has always been one of my favourite superheroes and Homecoming was AMAZING. I absolutely loved it and I’m so looking forward to the sequel next year. 😍

Writing Memory: I have a very distinct memory of one day when I was playing around outside, being a florist (one of the many future aspirations I dreamed about back in the day) and selling flowers to my family. Halfway through I decided I should write it down, so I did. I still have the handwritten 50-word story in a paper slip to this day. 😛

Childhood Book: I was all for fairy books. I absolutely ADORED Shirley Barber’s fairy stories. Rainbow Magic, The Mermaid Princess, The Enchanted Woods… I would look through those books and pick which fairy I wanted to be and make up names for all of them.

Reading: I’m still trying to battle my way through Oathbringer (Brandon Sanderson). Epic book, but it’s over 1,200 pages long and it’s murdering me. 😅 I’ve been reading a few books in between (the readers way of procrastinating), but I’ve been reading it since the beginning of June so I’m going to have to buckle up and actually get further through it finally.

Writing: I’m working on MORE edits for A Sprig of Green. I’ll hopefully do an update post soon, because writing things are happening even if it’s slow!

Listening to: The ASoG playlist, because there’s nothing that gets me in the mood for a book more than listening to the playlist I listened to when I wrote it in the first place.

Watching: TV series aren’t a thing in this household (we don’t own a TV because the cord got chewed by one of the young siblings at some point and we never really used it anyway so we just tossed out the TV), but the last movie I watched was The Railway Children.

Learning: Apparently fingerprint scanners don’t work when you have a bandaid on your finger. Go figure. 😂

Want To Be Published: Absolutely! I’m working on edits so that I can start pitching to literary agents and publishers within the next year.

Indie or Traditional: Traditional all the way. Indie has it’s perks but I don’t think it would work for me. It’s also a lot harder to indie publish from Australia than it is in the U.S.

Wildest Goal: I would LOVE to be asked to speak at writer’s conferences. Helping to teach other writers to improve their craft is one of my passions. I’d also love to have a book cover designed by Kirk Douponce because his covers are AMAZING and I love them all so much.

I’m terrible at keeping track of who hasn’t and has been tagged for things like this, so I’m going to take the easy way out. 😛 If you haven’t done this tag yet…I’d LOVE for you to pick it up! Leave a link to your post in the comments below and I’ll hop over to have a look.

Chat with me! What’s your wildest goal for your future? Can you remember your favourite childhood book? Do you have any crazy nicknames?