Am Currently – Updates on All the Things

I haven’t done a life update post for AGES. I think it was about April when I did my last one and somehow the year has just continued doing its thing, and we’re actually already closer to the end of October than the beginning. So it’s high time for me to do a little bit of rambling about all things writing and bookish and adventures.

At the beginning of this year, I had it all planned out for when I was going to do editing and what months and how much and blah blah and it’s all been working (mostly) according to schedule.

Except Beginning-Of-The-Year-Me didn’t really grasp how long this whole process takes. I knew I’d be editing for two months here, one month there, and another two months again. But right now I feel like I’ve been editing FOR-EVAH.

A Sprig of Green has come a long way over the past few months and right now I’m rewriting the second half of the book. It’s been fun but very hard at the same time. But I’m getting through it! Slowly! No. Giving. Up. 😅

I’m aiming to have these final major edits finished up by the end of the month, then be able to move on to the good old NaNoWriMo! I haven’t shared anything much about this novel yet, but here’s a little aesthetic glimpse into my story board…

Broken glass, a piano player, and…maybe one or two shootouts thrown into the bargain. 😏 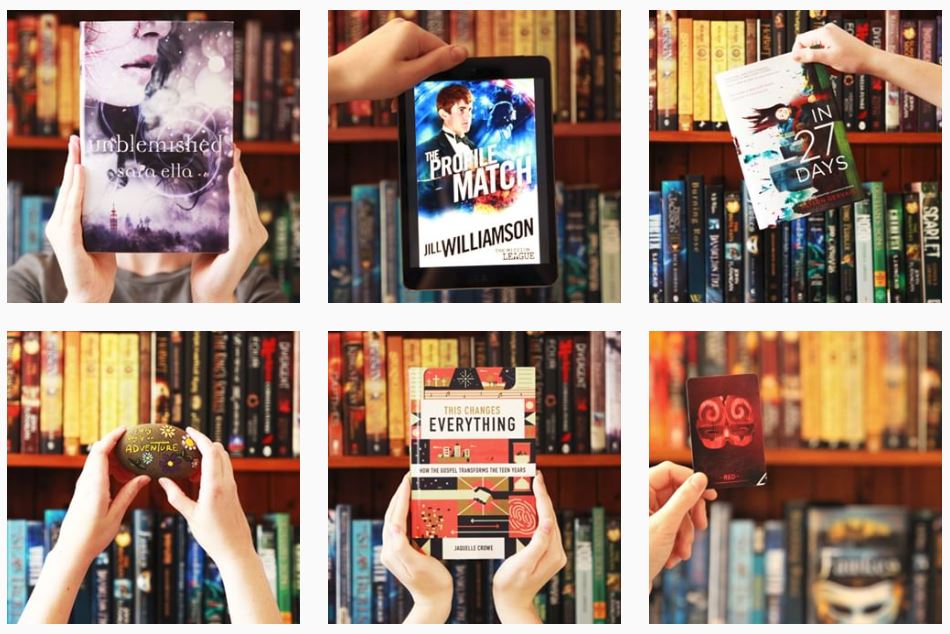 Most of you have probably heard the story about how I accidentally joined instagram, so I won’t tell it again. (If you don’t know, ask me in the comments. 😂) But since I was there, I decided to be officially and fully there and active.

I’ve been posting twice a week and having so much fun with all the bookish photos (you can stalk my account here). I’ve got a long way to go before I’ll have the whole taking-photos thing mastered (I think a couple of these aren’t even properly in focus, whoops, and the colour/lighting isn’t the greatest), but it’s been another really exciting step. Yay for book photos and building platforms! But mostly books! 😛

I’ve read twenty books since March…and what a gorgeous bunch of books! Only two of these books were not five-star ratings and I’m both amazed and delighted that I’ve managed to keep up such a perfect run of wonderful books.

I was going to add a special mention to two favourite books from that list, but then that list of two books turned into a lot more as I remembered how much I loved each of these stories, so let it just suffice to say that I LOVED THEM SO MUCH.

I’ve just started on Unblemished (by the lovely Sara Ella) and the first few chapters have been so unique and crazy and I’m looking forward to seeing where this book goes!

I drove a three hour trip to my cousin’s house last week! It was my longest solo drive yet, but everything went smoothly. My cousin and I hung out and talked books and characters and a lot of different things, and it was a really great time. On the way home I stopped and bought myself a coffee and it made me feel so old and adult-y.

I watched the first Mission Impossible movie for the first time and I really really loved it. I quite enjoy agent/spy stories, and this one is already up pretty high on my list. I feel like I should rewatch it just so I can get my head around the great twists in the plot.

And there’s been a lot of music, editing, and all the small, ordinary things of life. My brain has also temporarily melted so I can’t think of anything else important to note here. 😬

I posted a piece of flash fiction here back in July, and it was a lot of fun, so you can be expecting more of that at some point in the future.

Closer to NaNo I’ll be talking about my next project! At this point, it’s just a mostly plotless concept, so I’ll wait until I actually know what it’s about before I spill the beans. 😛

And…I honestly don’t know what else? One day I will learn to plan in advance, but for now it’s all a guessing game. We’ll all have to wait and see what the last few months of the year bring. But enough about me now, I want to hear all about your adventures!

How is your writing/reading/lifing going? Tell me all the things!

If you were a pirate captain, what would you name

What’s next on your TBR? . Don’t mind me over

☀️Good morning, lovelies. How are you today? .

What is the most surprising dream job you wish/onc

Would you rather everyone be able to hear your tho