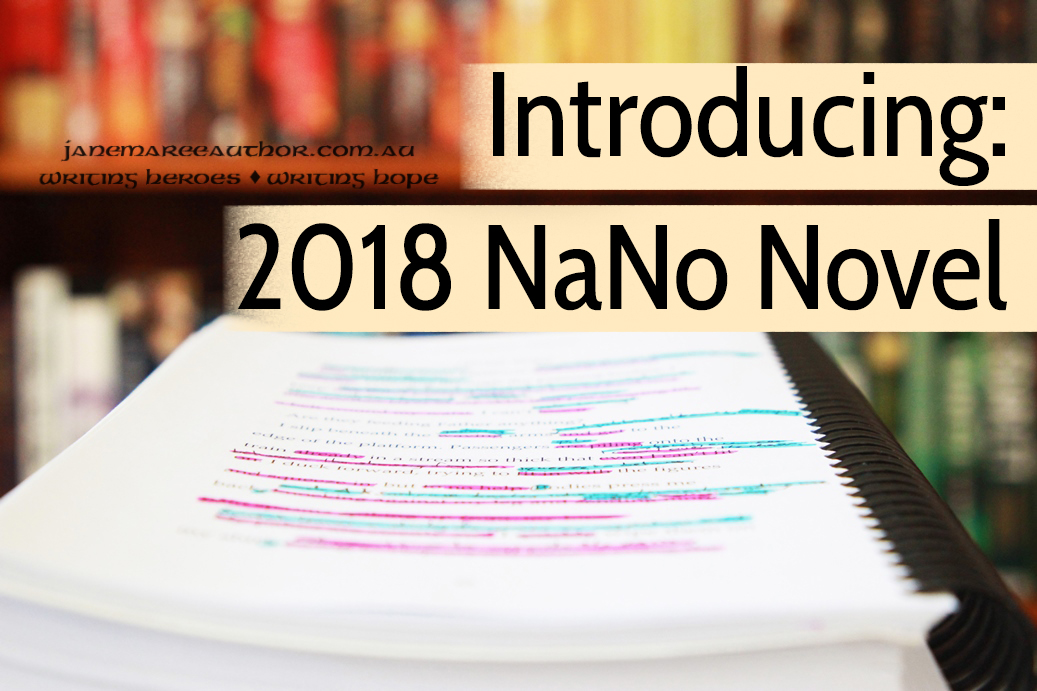 I’ve been making hints about my next book for a few weeks now, in both blog posts and newsletters, but always being very vague and mysterious about it.

Because I, frankly, didn’t know enough about it to actually explain it any more than ‘it’s about secret agents’, which isn’t a very satisfying description.

But now that NaNoWriMo has officially begun, I have a bit more of an idea of what in the world I’m doing. Just a little bit.

I had full plans to join in on my friend Christine’s linkup about NaNo novels, but I left it too late (typical) so today I’m unofficially commandeering the questions, with a few little changes. 😂

What first sparked the idea for this novel?

The original idea that this novel has been derived from came to me in June 2016, approximately. I then wrote it into a novel called Monsieur Scattlocke, a dystopian Robin Hood retelling. This then had a sequel, Agent Kit, which I wrote for my first NaNoWriMo ever two years ago. January 2017, I completely and utterly rewrote Monsieur Scattlocke into Rogue Escarlate. Then in April of the same year, I wrote the final book in the trilogy, Operation Flint.

I learned a lot while writing those four books, and since writing them I’ve learned even more. One of the things I’ve learned is that sometimes the books you write are bad, and there’s no fixing them no matter how many edits you do. Sometimes you just need to be grateful for what you learned writing them, and move on.

Only because I did that, can I introduce you today to my newest novel: ROGUE AGENT.

Rogue Agent was inspired by a lot of different things. Spy/secret agent movies. Amazing books. My own obsession with everything secret agent. And, of course, remnants of the four discarded books.

The protagonist (more about him a few questions down) is taken from the original books, along with several other characters who are more or less mish-mashes of multiple original characters. All of them have changed quite a lot over the past two years, and only a few of them are actually recognisable anymore.

Wowzers that was a long answer. 😯 Let’s move along before I start rambling on for another decade.

Benjamin Kit has graduated from his years of training to Junior Agent in all but name. His finals are coming up in less than a month, and he knows he’s ready.

When a mission takes an unexpected twist, Ben is thrown into something far bigger than any of his training prepared him for. With the whole agency at stake, he knows he must warn someone, but when he’s labeled rogue on false accusations, Ben has to choose between following orders and doing what he believes is right.

Ben has information that could save everything, but there are people who will go to all lengths to make sure that information is not shared with anyone. The lines start to blur between who is friend and who is foe, and people who Ben once would have said deserved no less than death are, somehow, the only people he has left to rely on.

I spent way too long trying to get that blurb together, and I’m still not satisfied, but…you take what you get. 😅

Where does the story take place? What are some of your favorite aspects about the setting?

It takes place in an alternate-universe style slightly futuristic world. Most things are things from the real world, but place names are all fictional, and there’s some advanced tech as well.

I’m actually really liking the aesthetic feel of it so far. I’m a country person, but the feel of the city has been really fun. The first scene opens in a cafe where the main character is playing piano, and it’s just such a fun feel and I’m really enjoying it.

Tell us about your protagonist.

Benjamin Kit is really the reason why I’m even writing this book. I JUST LOVE HIM SO MUCH.

Ben is 17 years old, 5’8″, and is a secret intelligence agent in training. He’s very loveable, friendly, a little awkward, very determined, and protective. He’s highly trained in a lot of martial arts and fighting methods, and loves playing the piano.

I’m actually so enjoying writing a musical character. I’m very musical, but somehow I’ve never written a musical character until now, and I have no idea why. It’s so much fun. As I mentioned, he starts off the story while playing piano in a cafe, and subtly spying on a meeting happening a few tables down. No one would suspect the local cafe musician of being a spy for the biggest worldwide secret intelligence agency… 😛

Who (or what) is the antagonist?

Ben actually only finds out who the main ‘villian’ is about three-quarters of the way through the book, so it’s not like I’m going to tell you right now. That’s kind of the point of spy novels. You have to work it out yourself. 😏

There are a lot of different antagonists. A couple of the major side characters are antagonists. Actually…almost all of them are. But that just makes everything more chaotic. Good times.

What excites you the most about this novel?

I’ve loved the characters for a long time. I’ve also loved spy stories for ages, and I’m just so excited to finally write one with a good firm plot and characters. Every one of my stories has my heart and soul in it, and I know this one is going to be no different. Ben is actually a very similar personality to me too, and we share similar struggles and fears.

I’m also looking forward to writing one of the newly hashed characters, changed and developed from the original books. He’s going to be so. much. fun. But a lot of details about who he really is aren’t revealed until near the end of the book so I can’t share much about him either. 😬 My lips are sealed!

Is this going to be a series? Standalone? Something else?

I have full plans that this is a standalone, but as it happens, it also feels like a book that could potentially have a sequel. But I’ve also got so many other books I want to write that I don’t think it a sequel would be happening anytime soon.

Are you plotting? Pantsing? Plansting? 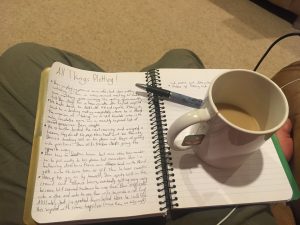 This is what my plot looked like at ten minutes to midnight, Wednesday 31st. I call that…last minute plotting.

I’d filled out the three act plot structure for it, but the details are still lacking a little beyond the one-third mark. 🙈

I’ll burn that bridge when I get to it, though.

Playlists! Collages! A glimpse at the opening scene! And in that order too, so you can listen to the playlist, admire the collage, and then read the tiny snippet, mwahaha.

I actually have spotify these days, so here’s a link to my spotify playlist, then another link to my youtube one! They’re actually completely different, as the youtube playlist has a lot more songs with lyrics. 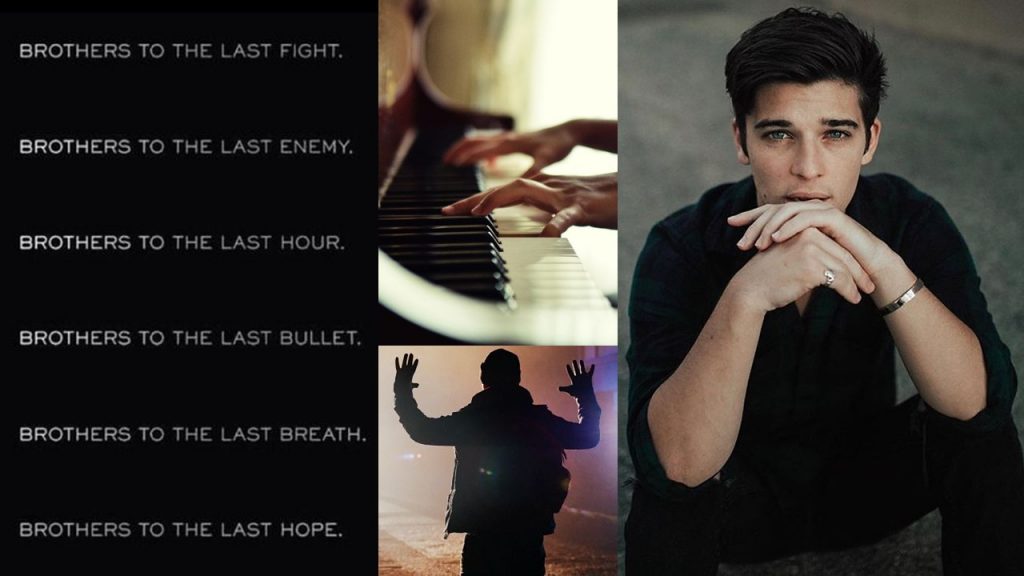 No one would suspect the local cafe musician of being a spy for the biggest worldwide secret intelligence agency, and yet there I was: playing piano in the local cafe, as innocent as can be. Depending on your definition of ‘innocent.’

My fingers moved across the piano keys in a bouncy jazz piece that had toes tapping all through the room. Everyone was enjoying it, even if most of the people who visited here didn’t have a very good sense of rhythm. You take what you can get.

To anyone who walked in, I was just some guy reeling through his repertoire to earn a little extra cash and maybe a meal to the bonus. No one knew my real mission, which was lucky.

That’s kind of the point of being a secret agent.

To my left, two tables back on number twenty-four, a twenty-something year old man perched, fidgeting, on the edge of his seat. Across the table from him, my colleague relaxed against the back of his chair, adjusting his thin-framed glasses. Nothing too unusual for anyone else watching, but interviews for applicants hoping to become intelligence officers aren’t quite your everyday; you never know how they might turn out.

Which is why I was here. Just in case.

And that about caps off my introduction for Rogue Agent! I’m so excited to be starting this novel, and I’ve been loving hearing all about other peoples’ novels too.

Spill! What’s your novel about? Are you doing NaNoWriMo? Do you like spy/secret agent stories?

What are you currently reading? . Please spare a m

Do you like to peek under the dust jacket of your

What's your favourite setting for a fantasy story?

Have you ever read urban fantasy? . If you liked t