I am SO excited to be doing this post today because I love raving about my friends and their stories, and I finally have the opportunity to shout all about one of my good friends and her debut novel which releases TODAY.

Please prepare your applause and confetti for the amazing Rosey Mucklestone and her novel Blank Mastermind! 😍 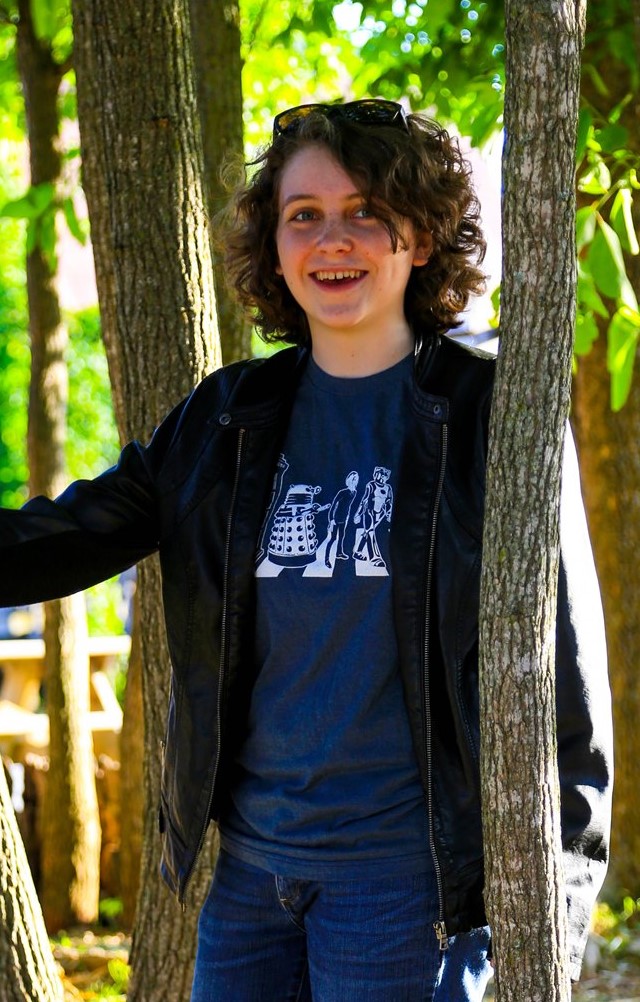 Rosey Mucklestone is the oldest of nine crazy kids and the daughter of two awesome parents. She lives with her family and two dogs in Missouri, spending her time writing, reading, baking and waitressing. Topics she’s passionate about include: the ocean, the Bible, mountains, fandoms, stories and characters in general. She’s never gotten amnesia and doesn’t plan on it, but life is full of surprises, so who knows?

Amnesia is annoying. The poor hero has to find out everything about his wonderful life again and re-meet all the lovely people he knew before, then go to stop the villain.

But what if the life that starts showing itself isn’t wonderful, the people aren’t lovely and the villain is… yourself?

A man wakes up backstage of an opera, covered in blood and with no memory of where he is, why he’s there, or even what his name is. Slowly he starts piecing together clues and the more he learns about himself, the more he wishes he didn’t know.

I read this entire book in one sitting. It sucked me in right from the beginning and I was so engaged in the story I couldn’t put it down.

The main character, Wolfgang Dankworth, has such a unique character voice and personality and it affects the whole style of the book. He’s such a real character and all his struggles really pull you into the story.

The whole cast is so vibrant with individual personality, and the character arcs and everything is so 3D and realistic.

This book throws the feels punches out, so be prepared. There’s a string of mystery and suspense through the whole book that kept me turning pages as fast as I could. I was so engrossed in the story that I never saw the twists and turns coming, but I’m also not the sort of person who stops to make theories about how the book might end. 😛

Let’s take a moment to appreciate the humour. Blank Mastermind deals with some tough, dark stuff, but it has gems of humour throughout the whole story and it’s amazing. From having an adorable little girl called Cardboard (she was found in a dumpster labelled ‘cardboard only’), to belting out schoolhouse rock at odd moments, to the snark and sarcasm scattered all over, it’s just so priceless and engaging.

And the humour and feels are so perfectly balanced that they compliment each other in the best way possible.

Blank Mastermind is a memorable book with an amazing and creative story. Absolutely recommended to YA readers who enjoy a good dystopian or superhero story.

It’s my pleasure to have Rosey here today to answer a few fun questions. Let’s jump in and get started right away. Enjoy!

Hey Rosey! It’s so good to have you here. First of all, tell us a little about yourself!

Hey Jane! Thanks for having me!

Oh boy a little about myself.

Weeelll. I’m the oldest of nine kids and love it. I can make chocolate chip cookies in record time. I have two dogs and live in Missouri. I love Mission Impossible, Han Solo and Captain America.

I love your movie/character choices. They’re all amazing! (Fun fact: it was Rosey who got me into Mission Impossible and now I also love it.)

Can you remember what first sparked the idea for Blank Mastermind? Is the final draft of the book fairly similar to the first concept, or are there differences?

The Studio C sketch, “Evil Memory Lapse” is the uncontested winner for what gave me the idea.

As far as how much the original idea varies… there are a lot of little things, though the idea stayed generally the same.

Wolfgang was originally supposed to be a lot more classy and aloof of a villain, as opposed to the revenge fuelled rage-monster his villain persona ended up being.

Bad News almost represented the opposite end of the spectrum for the theme and was going to be the force trying to drag Wolfgang back to the side of evil. He was supposed to be a huge jerk. Thank goodness he didn’t turn out that way.

And the ending, in a few aspects. Spoilers, so I can’t say. But were it not for my dad’s advice, the ending could have gone a completely different direction.

I can’t imagine Wolfgang being classy or aloof, and definitely can’t see News being a jerk, so I’m totally on board with those differences. 😂

How does it feel now that your book is finally in print form and other people can buy it? Do you have any release day celebration plans?

It feels awesome. I’m so glad to actually get people the real books after promising for so long. I can direct people to an actual amazon page when they want to see my book instead of a few scattered blog pages of the first draft.

Hmm… other than just organizing the blog tour, I didn’t really.

But now that you mention it… I believe some ice cream is in order.

Yes! Ice cream all round. You’ve earned it, girl. 😛

What’s the number one thing you think readers should know before coming into Blank Mastermind?

I’m really not sure.

I guess just… buckle up? Things start out pretty humorous, but seriousness shall set in. Be forewarned.

I will shamelessly admit that I cried in the middle of this book, so everyone definitely needs to be prepped for a feels ride. 😭

Which of the cast are you most similar to?

Honestly I’ve got bits of me scattered throughout all the characters. The initial direction for Wolfgang’s character was decided by the “what would be most likely to turn me evil?” question, so we’ve got some big similarities there. We talk in a similar way and have the same sense of humour. Generally same thought process, though the actions differ. (Oh yeah. And liking Doctor Who.)

Dallas and I physically look the most similar. Brown hair, green eyes, freckles, and kinda short and babyfaced. We’re both Captain America fans, dog lovers and worry a lot about other people.

Bad News has my method of solving problems and keeping other people happy, plus the same breed of optimism. A little bit of the “sweep the problems under the rug, make a joke and eat some ice cream” mentality. Plus, I do like Schoolhouse Rock a lot.

I could go on with the bits and pieces, but I think I’ll stop there for now. There’s a lot of me in these characters, suffice it to say.

Schoolhouse Rock is such a classic soundtrack for this book, and I love how that just adds to the book’s unique style!

This question kind of follows on from the last one: Are any of the characters named after or inspired by people you know?

Ho boy, are they.

I draw inspiration for my characters from a lot of people I know. Bad News has a ton of my grandpa. Wolfgang has some of my dad and brother. Roy has a bit of my little brothers. A few of Wolfgang’s siblings have some of my siblings. Friends have teeny elements scattered in there.

Though I do try to not name characters after people I know. That just gets confusing, honestly.

And thankfully you don’t know any poor soul who was named Wolfgang Dankworth, so we can all be grateful about that. 😛

What’s your favourite scene/line from the book?

HOW CAN I PICK THAT

I LOVE IT ALL

Okay but if I had to pick a particular line that I was really happy with, writing-wise… off the top of my head, I’d pick this one. The image is just cool. Especially with the impact it had within the story itself.

The knife had opened an old wound.

I was bleeding. Bleeding memories. Words and images pouring out of the darkness and into my mind so fast my vision spun.

I mean there’s more to the paragraph, but… you know. –River Song voice- Spoilers, sweetie.

And finally…I know that ice cream is a big food in this book. Did you eat a lot of ice cream while writing or editing?

My family actually did eat quite a lot of ice cream during the period in which I was writing this. We found some cheap ice cream tubs at the store and would get them a lot for a summer treat, so I had a lot of ice-cream-fueled Blank Mastermind writing.

Thank you so much for dropping in, Rosey! And a HUGE congratulations on officially releasing Blank Mastermind!

I’m currently hosting a giveaway (INTERNATIONAL!) for a signed paperback of Blank Mastermind and some cool swag over on Instagram, so go forth! Enter! Win!

And if you don’t have Instagram…share this post somewhere (or just share about the book itself) and let me know in the comments below and I’ll give you a bonus entry anyway, because you’re the coolest. 😊

That brings us to the end of the tour and the end of this mammoth post, but don’t forget to snag yourself a copy of this amazing book, or at least try your luck with the giveaway. 😉 Three cheers for Rosey Mucklestone!

Your turn! Do you think you’d enjoy this book? What was the last superhero book/movie you read/watched? If you were a superhero or a supervillain, what would your name be?