Songs I Wish Were Books 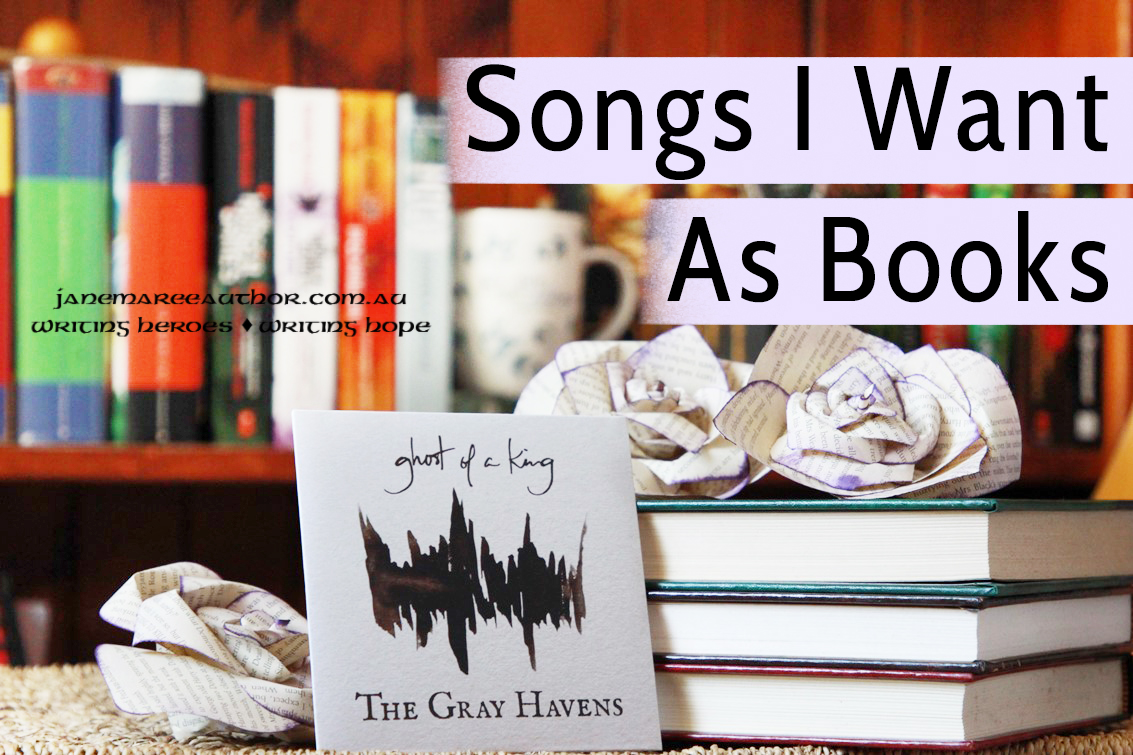 When you only realise the header image has the wrong words two minutes before publishing the post, but it’s too late to change it now. 🙈

Good morning one and all and welcome to Jane Makes Up Stuff Because None Of Her Other Ideas Were Working Today.

In this latest installment, I’m going to be throwing around some really cool songs! And I’m going to talk about how they could be even cooler if they were books! And when the day is done, all my fellow writers will curse my name because of all the plot bunnies I hope to incite today!

There’s not much explanation to this post, since I’m literally just making it up as I go, so let’s dive straight into it!

Because who doesn’t want more superhero books?? This song is such a cool song of overcoming abuse/oppression and fighting to do the right thing. It’s not even necessarily about literal super powers, and that’s one of the coolest parts.

You don’t have to have unearthly powers to be a superhero. 😊

So here’s a petition for more superhero books about ordinary people!

This song is already a story in some ways, but I want more! I want a deep, twisty tale of the man who was deceived into following the sirens, and everything he left behind, and then how he was rescued just in time.

If no one else is going to write this…I’ll have to, because excuse me, YES PLEASE.

The Realm of The Fallen King, BrunuhVille

There’s only a little bit of lyrics in this one (starts at 9:55 if you’re looking for it) but they’re so mystical and this whole song sounds like such an epic fantasy story just begging to be told.

Kings, ancient realms, dragons, mysterious curses. What’s not to love? I want this so bad!

Now We Are Free, Hans Zimmer

This song is so sad in some ways, but so beautiful too. Look up the words in English, if you don’t know them already. 😍

I really like this one, and I’m sure it fits the Gladiator movie really well, but I need the story of this: slavery and war and all the feels, but an ultimate triumph, even though it’s perhaps a little bittersweet.

As the title suggests, this one is brother relationships, and I looove it so much! Brothers standing side by side is one of my favourite things in fiction, but it’s not common enough.

To me, this song tells the story of two brothers struggling through mile after mile of problems. They’re separated, on the wrong sides of a war, but in the end, they always get back again because they’re brothers. Be right back as I go to the nearest bookstore which sells this story, thank you.

If you don’t have any plot bunnies right now…you’re doing better than me, because I accidentally gave myself a new one. 😅 I completely fell for my own trap. I WASN’T PLANNING ON THIS, HELP.

What songs do you NEED in book form? Do you have any plot bunnies you’re dyyying to write? Let’s chat together!