Judging Books By Their Covers

Assuming you’ve read the title, you may be expecting me to go on a long spiel of how no one should judge books by their covers.

But no! Today is something totally different.

I am going to be judging books by their covers.

I’m going to do a google search for YA book covers and pick out a few random ones which I’ve never seen before and tell you what I think the book is about judging by what I see. Then I’ll actually go read the blurb, and see how far off I was. 😂

Please note that I (obviously) haven’t read any of these books so I can’t recommend any of the following!

Let’s get straight into some shallow judge-by-the-cover-ing! 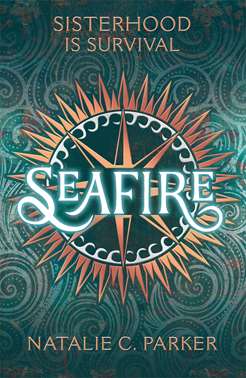 My guess: This one is about two sisters. They’re orphans, and the only family they have is each other, and they’re trapped in a pirate crew. They face a lot of challenges, and are separated several times, but ultimately they have super sister power and always find their way back together again!

Blurb: After her family is killed by corrupt warlord Aric Athair and his bloodthirsty army of Bullets, Caledonia Styx is left to chart her own course on the dangerous and deadly seas. She captains her ship, the Mors Navis, with a crew of girls and women just like her, who have lost their families and homes because of Aric and his men. The crew has one mission: stay alive, and take down Aric’s armed and armored fleet.

But when Caledonia’s best friend and second-in-command barely survives an attack thanks to help from a Bullet looking to defect, Caledonia finds herself questioning whether to let him join their crew. Is this boy the key to taking down Aric Athair once and for all . . . or will he threaten everything the women of the Mors Navis have worked for?

Thoughts: Well I wasn’t 100% off! The main character is indeed an orphan and she is indeed part of a pirate (ish) crew! Other than that…I’m actually a little disappointed that it wasn’t about actual sisters. 😂

My guess: This one has some Aladdin vibes to it! There’s definitely a shy romance here. The main character is a princess, but the man who’s meant to be her lover is actually head over heels with her sister or maid instead of her.

Blurb: Lo-Melkhiin killed three hundred girls before he came to her village, looking for a wife. When she sees the dust cloud on the horizon, she knows he has arrived. She knows he will want the loveliest girl: her sister. She vows she will not let her be next.

And so she is taken in her sister’s place, and she believes death will soon follow. Lo-Melkhiin’s court is a dangerous palace filled with pretty things: intricate statues with wretched eyes, exquisite threads to weave the most beautiful garments. She sees everything as if for the last time. But the first sun rises and sets, and she is not dead. Night after night, Lo-Melkhiin comes to her and listens to the stories she tells, and day after day she is awoken by the sunrise. Exploring the palace, she begins to unlock years of fear that have tormented and silenced a kingdom. Lo-Melkhiin was not always a cruel ruler. Something went wrong.

Far away, in their village, her sister is mourning. Through her pain, she calls upon the desert winds, conjuring a subtle unseen magic, and something besides death stirs the air.

Back at the palace, the words she speaks to Lo-Melkhiin every night are given a strange life of their own. Little things, at first: a dress from home, a vision of her sister. With each tale she spins, her power grows. Soon she dreams of bigger, more terrible magic: power enough to save a king, if she can put an end to the rule of a monster.

Thoughts: Well. I probably should have guessed that this would have One Thousand and One Arabian Nights hints. It’s even named similar. Did I pick that up? No. No I did not. 🤷🏻‍♀️

I wasn’t very accurate with my guess, except that I caught something about the sister-swap thing going on. And who knows, maybe there is a shy romance in this after all. It almost sounds like a taste of Beauty and the Beast.

My guess: Dark, eerie magic. A mysterious curse. The main characters are a young man training to be a warrior, and a lady who is learning magic. I’m also feeling some ‘overthrow the royals’ or ‘unwanted crown’ for some reason.

Blurb: Princess Aurelia is a prisoner to her crown and the heir that nobody wants. Surrounded by spirits and banned from using her blood-magic, Aurelia flees her country after a devastating assassination attempt. To escape her fate, Aurelia disguises herself as a commoner in a new land and discovers a happiness her crown has never allowed. As she forges new bonds and perfects her magic, she begins to fall for a man who is forbidden to rule beside her. But the ghosts that haunt Aurelia refuse to abandon her, and she finds herself succumbing to their call as they expose a nefarious plot that only she can defeat. Will she be forced to choose between the weight of the crown and the freedom of her new life?

Thoughts: Can’t say I was expecting quite that, but I wasn’t too far off with overthrowing the royals and the unwanted crown. Banned from using magic is close enough to a mysterious curse, right? And this forbidden young man might be training as a warrior. I guess I’ll only know if I actually read this story. 😆 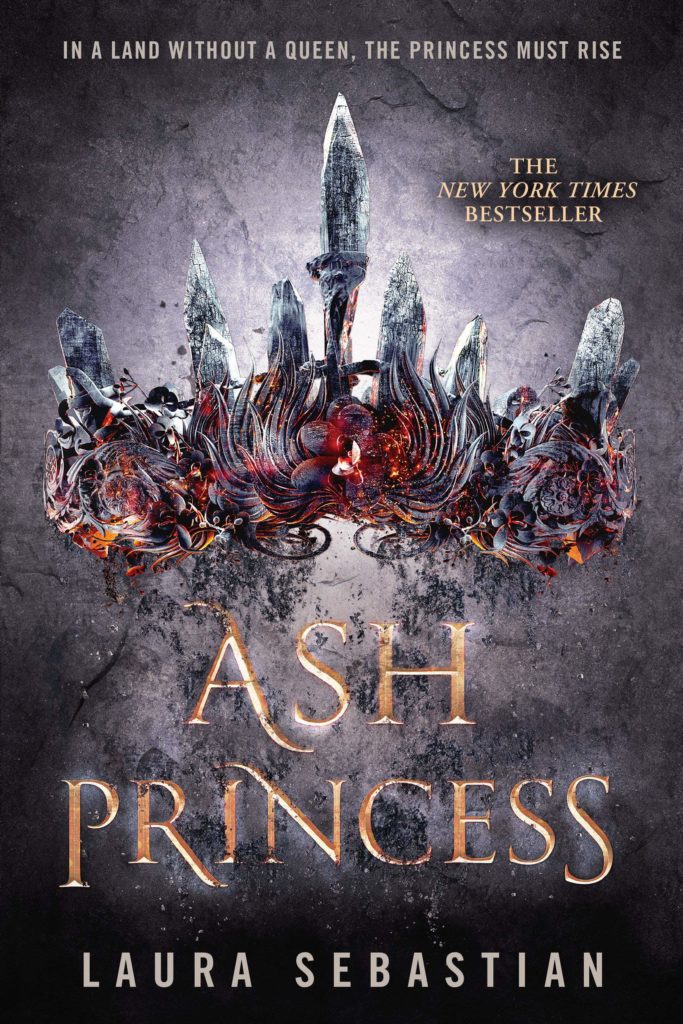 My guess: In the wake of a devastating war or assassination, the princess is now left to take the throne. But ruling a kingdom isn’t as easy as it may seem. As she struggles to rule, she can never tell who to trust. This handsome man who often seems to be around is intriguing and all she wants is to be able to trust him with her secrets and her heart, but he isn’t without dark secrets of his own. *dramatic music*

(I’ll be honest, if the blurb isn’t as epic as my rendition, I will be most disappointed.)

Blurb: Theodosia was six when her country was invaded and her mother, the Fire Queen, was murdered before her eyes. On that day, the Kaiser took Theodosia’s family, her land, and her name. Theo was crowned Ash Princess–a title of shame to bear in her new life as a prisoner.

For ten years Theo has been a captive in her own palace. She’s endured the relentless abuse and ridicule of the Kaiser and his court. She is powerless, surviving in her new world only by burying the girl she was deep inside.

Then, one night, the Kaiser forces her to do the unthinkable. With blood on her hands and all hope of reclaiming her throne lost, she realizes that surviving is no longer enough. But she does have a weapon: her mind is sharper than any sword. And power isn’t always won on the battlefield.

For ten years, the Ash Princess has seen her land pillaged and her people enslaved. That all ends here.

Thoughts: That took a very different turn than my guess. It’s different enough, however, that I can’t decide if I should be disappointed in it.

Not going to lie, I got a little attached to my cover-theory up there…

And that’s it for the day! That was actually so much fun, so if you guys enjoyed that I’m totally in for doing it again with a different style of covers. (Maybe sci fi next time?)

Let’s chaaaat! Do you think I did a good job? What would be your guesses of the plot of these books, judging by the covers?