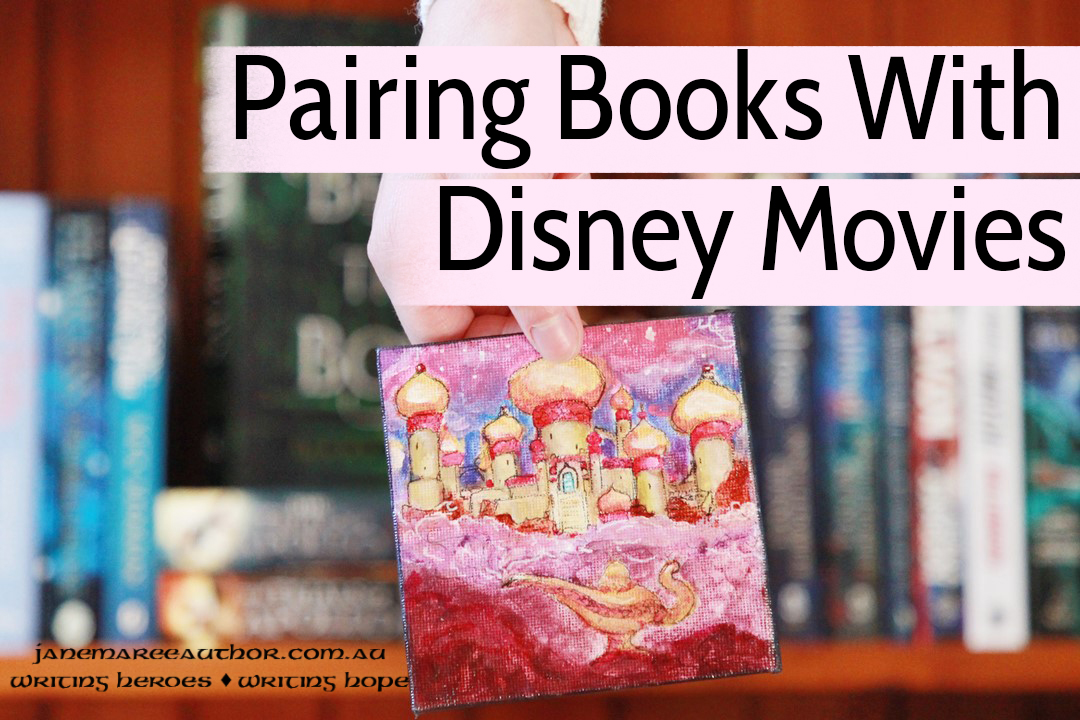 Who keeps coming up with ridiculously random ideas for the sake of post content? *sheepishly raises hand again*

Aaaanyway, let me explain this idea. I love Disney and books, so why not match a Disney movie with a book that has similar vibes/aesthetics/characters/general themes?? There’s no downside here! Also, I can’t think of any other ideas, and this one seems like it might be fun, so I’m giving it a shot. 😆

This was actually partially inspired by @jessethereader so go check out his booktube because it’s amazing.

I’d also like to start this with a disclaimer: I might mention a movie here which is actually not owned by Disney and I apologise in advance for that. 😂

Rapunzel’s hair, Birdie’s voice. They’re both secret powers which have been hidden in one way or another for most of their lives, but as soon as they’re revealed, everyone wants to use them.

Flynn Rider and Ky Huntyr are both street-wise thieves who are actually just so soft and not as tough as they both think they are.

I also feel like Maximus (the horse) and Gundhrold (the griffin) would get along really well. Except they’re too similar, so maybe they’d just hate each other to no end. 🤔

Beauty and the Beast + The Boy Who Steals Houses (C.G. Drews)

This one might seem a bit odd, but I have a good reason behind it, I promise! The Boy Who Steals Houses is actually a genderbent goldilocks retelling, but I think there’s some similarities to Beauty and the Beast as well and I’ll explain.

Sam is both Belle and the Beast. Some aspects of his dark secret and his past make him fit with the Beast really well. I think a little part inside of him believes he’s a monster.

But he’s also Belle because he’s ‘trapped’ in the De Lainey’s house, making friends with the whole family (and Moxie in particular). And he cares so so much for his brother (Belle’s father, as such) and will do absolutely anything to protect him.

I can’t really go into much more detail because spoilers, but this pairing?? It’s legit, I’m not just making stuff up, I promise. 😂

I almost put Unblemished with Tangled because Sara Ella loves Tangled and there’s definitely some similarities, but I think one of the main themes I personally got out of this trilogy is really similar to one in the 2015 Cinderella remake.

Having the courage to be seen as you are, blemishes and all.

And the most powerful form of magic: love. 💕

Both of these are from the villain’s POV, so it’s an obvious match! The more I think about this, the more I love this pairing actually. Wolfgang Dankworth has a hilarious tone throughout this whole book, even though there are definitely dark patches, a lot of it matches up with the quirkiness of Megamind.

I don’t want to spoil the book or movie too much, so I’ll just leave you with a little hint. Both Megamind and Wolfgang are supervillains and all they want in life is to fight the superheroes. Or…is it?

Big Hero Six + Wanted: A Superhero to Save the World (Bryan Davis)

Continuing with the superhero theme here…

Hiro Hamada and Eddie Hertz are both young genius inventors. They both stumble onto the wrong side of the supervillain’s books, and are forced to become superheroes! Both stories have mysterious villains, dangerous escapes, and a core family spirit. It’s a match made perfect. I also love both stories so there we go. 😛

I have to take a moment because, though I tried long and hard, I couldn’t match anything with Aladdin. In fact, I almost didn’t match anything with Tangled either. Is it just because these are my favourite movies?? Are there just no books similar to them? I have no idea. Maybe I just haven’t read enough Aladdin-esque stories yet!

Well, I hope you guys enjoyed that as much as I did! Tell me in the comments if you agree with my pairings! What other movies and books would you pair up?

(NOTE: I’m away next week so I’ll be skipping the post on Friday! Have a great week, folks!)

What music would you pick for a road trip? . It mi

What are some of your best second hand book finds?

Do you like to read in silence or with background

What is a book series you've heard about forever b

Do you like trying new teas or other drinks? . I'm