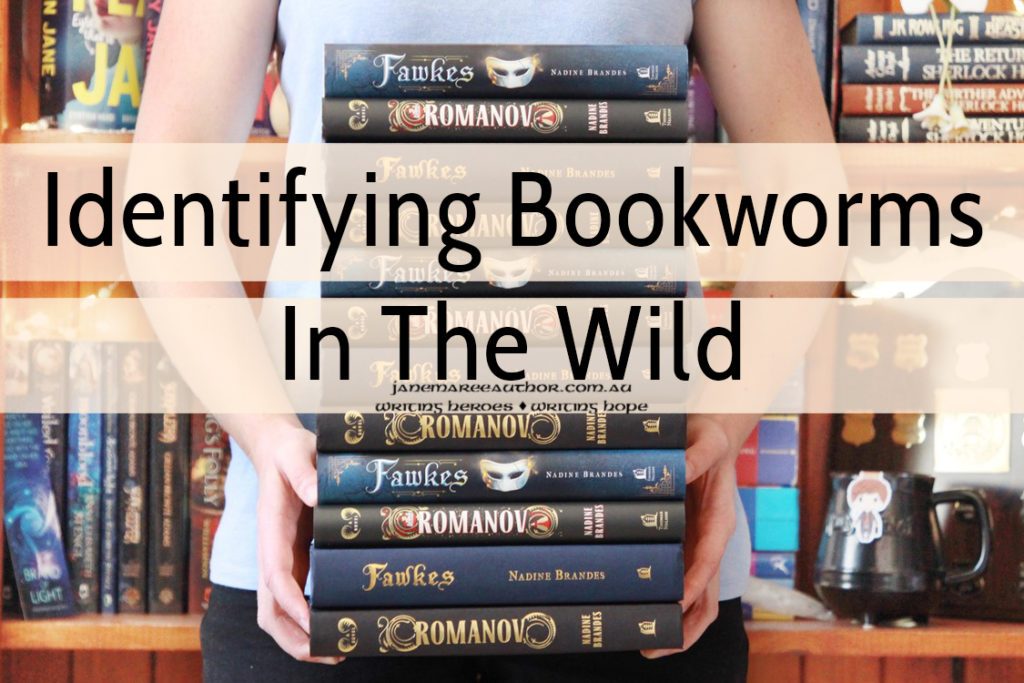 I’ve found most survival guides are lacking in information about these creatures (because they’re often so caught up in a book that they don’t answer personal questions), so I have set out today to provide you with the small amount of truth I can find.

This is all gathered from genuine specimens I’ve found in the wild.

(WARNING: be careful when approaching a suspected bookworm, especially if they are mid-book. They might bite.)

It’s an oddly common occurrence that a bookworm simply appears to be a stack of books on legs. This stack might be their favourite books, or perhaps their TBR for the week, it’s sometimes hard to tell. They’ll probably be crying over either option.

a) because they love these books so. much.

b) because there’s so many books to read and so little time.

Constantly talking about their TBR crushing them

Another common thing among bookworms: they all have a list of books they want to read. And the list is at least two thousand years long.

I don’t know why. It just seems to happen without them even trying.

Must pack at least three books when traveling

There’s not much for me to say about this point. A bookworm might go so far as to pack less clothes so they can fit enough books to satisfy.

And almost inevitably, they will not even get through the first book they were nearly finished. 😂

They take photos of books

Book stacks, book covers, book spines, the possibilities are endless. Never underestimate how many times a bookworm can take photos of their favourite books. (Hint: it’s more than ten times. Possibly more than eleven, even.)

If a bookworm has his nose in a book, there’s very few things that can pull his attention from whatever mystical land he’s in back to the real world again. Possibly an explosion nearby or a call for dinner would be most effective.

The likelihood is high, friends. If you see someone eating a book, it’s almost 99% certain they’re a bookworm.

It’s also a proven fact that being a bookworm is actually contagious, so be careful who you come in contact with. Are you guilty of any of these? If so, these are dire times indeed… 😬😆

All my bookworm buddies: what are you currently reading?

Do you like characters with a strong sense of hono