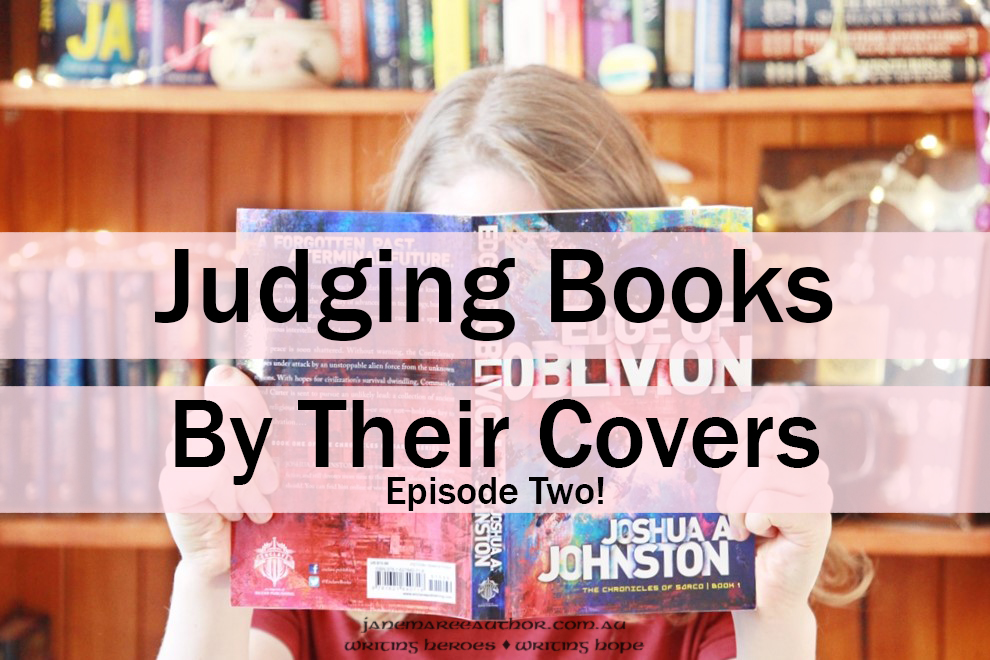 Last year I did a fun little post where I found a bunch of book covers and guessed what the books were about WITHOUT reading the blurb. Then I checked to see how accurate my guesses were.

Mostly, I was way off, but it was a heeap of fun so now we’re back with EPISODE TWO! If you haven’t read the first post you can check it out here, or you can just read on for some random bookish fun!

Last time I accidentally picked a bunch of fantasy covers, so this time I thought I’d specifically go for some sci fi ones. I jumped onto google and did a quick image search for ‘YA sci fi book covers’ and picked ones that I didn’t know the blurb of. I don’t read as much sci fi I as I like, so who knows, maybe I’ll find some new gems to add to my TBR!

Note that I (obviously) haven’t read any of these books so I can’t recommend any of the following! Read them at your own risk. 😏

Let’s get into the covers!

My guess: I’m feeling this is a bit more dystopian than sci fi. An apocalyptic world, where one girl is trying to find the key to saving the planet. She’s an orphan girl who’s part of a rebellion! To take down the evil government!

Okay, now I’m just spouting cliches because I have no idea. 😬😆

Blurb: A thief. An officer. A guardian.
Three strangers. One shared destiny . . .

When the Last Days came, the planet of Laterre promised hope. But five hundred years later, it’s now a place where an extravagant elite class reigns supreme; where the clouds hide the stars and the poor starve in the streets; where a rebel group, long thought dead, is resurfacing.

Chatine is a street-savvy thief who will do anything to escape the brutal Regime, including spying on Marcellus, the grandson of the most powerful man on the planet.

Marcellus is an officer—and the son of a traitor. Groomed to command by his legendary grandfather, Marcellus begins to doubt the government he’s vowed to serve when he discovers a cryptic message that only one person, a girl named Alouette, can read.

Alouette is living in an underground refuge, where she guards and protects the last surviving library on the planet. But a shocking murder will bring Alouette to the surface for the first time in twelve years…and plunge Laterre into chaos.

All three have roles to play in a dangerous game of revolution—and together they will shape the future of a planet.

Thoughts: I…was completely off on this one. Except for the rebellion/revolution! And it does sound a liiittle bit apocalyptic.

But also, this sounds so cool!! Underground libraries?? Street-savvy thieves? Murder and revolution and destiny? Not going to lie, I’m intrigued.

My guess: I know this is one of those famous ones, but I haven’t read it yet and I honestly don’t remember a scrap of what it’s about. But judging by the cover (since that’s what we’re here to do)…It’s set in a dystopian America, based around a group of rebels (there’s a theme here already 😂). The main character is the best fighter they have. She’s practically a superhero. But then there’s also a guy who comes along and he’s just as good as her, and inevitably they fall for each other, then EVERYONE DIES. Or am I thinking of Divergent, now? 🤔

From very different worlds, June and Day have no reason to cross paths—until the day June’s brother, Metias, is murdered and Day becomes the prime suspect. Caught in the ultimate game of cat and mouse, Day is in a race for his family’s survival, while June seeks to avenge Metias’s death. But in a shocking turn of events, the two uncover the truth of what has really brought them together, and the sinister lengths their country will go to keep its secrets.

Thoughts: Well would you look at that. I missed some major points, but I feel like I wasn’t totally off mark. There’s the classic dystopian U.S. setting with a female MC who is indeed the best fighter. But, plot twist, she’s training to be the best fighter for the government instead.

And there’s a guy! But he’s a criminal. Who knows though, maybe he really is as good a fighter as she is. And they very obviously fall for each other, because it’s YA dystopian. That’s just how it works. 😆 And I’m not saying that everyone dies but the blurb doesn’t say they all live, soo… 🤷🏻‍♀️

My guess: A girl wakes up in the middle of a desert and she doesn’t remember who she is or where she comes from. She sets off on a journey to work out who she is and gets tangled up in a battle, only to discover that she is the world’s only hope of rescue. *dramatic music*

Oh! And she’s also a cyborg. Hence the title ‘the glitch’.

Blurb: On the brink of extinction, being human means more than just surviving.

In Lib’s world, it’s dangerous to stray from the Norm. In fact, for someone who doesn’t live up to the AI’s standards, it’s practically a death sentence. Lib learns this the hard way when she wakes up with her memories erased in a barren wasteland, and only one thought lodged in her mind:

It’s all her fault.

Lib is a Glitch—an imperfect human component of the utopian Norm. Utterly alone, she’ll have to team up with her fellow Glitches Skye and Raj and the mysterious Rogue Wolf and his clan to survive. Wolf only cares about the survival of his group, but Raj thinks they can hack the AI and change the Norm for the better.

Now, Lib will have to decide which path to choose—whether to go with handsome loner Raj or stay with Wolf and his tight-knit group. Her heart is drawn to both, but she’s carrying a deadly secret that could jeopardize them all. Will she be able to save her newfound family and stop the AI before it’s too late?

Thoughts: Oh oh oh!! She wakes up in the desert with amnesia! Something she doesn’t remember is all her fault! She gets tangled into a battle/rebellion attempt!

This cover fits the blurb perfectly, so let me take a moment to give credit for that spot-on guess to whoever was the designer. *round of applause*

My guess: This is another one I really should know what it’s about but…I don’t. So let me go ahead and make a guess anyway!

The main character is a secret agent, part of the inter-planetary system of spies. She’s tasked with spying on the government of an enemy planet, then accidentally starts falling for the handsome young guy she meets. Little does she know, he too is in disguise…

Blurb: Kady thought breaking up with Ezra was the worst thing she’d ever been through. That was before her planet was invaded. Now, with enemy fire raining down on them, Kady and Ezra are forced to fight their way onto one of the evacuating craft, with an enemy warship in hot pursuit.

But the warship could be the least of their problems. A deadly plague has broken out and is mutating, with terrifying results; the fleet’s AI, which should be protecting them, may actually be their biggest threat; and nobody in charge will say what’s really going on. As Kady plunges into a web of data hacking to get to the truth, it’s clear only one person can help her bring it all to light: Ezra.

Thoughts: I wasn’t expecting the blurb to go down quite like that. Seriously, doing this is almost as crazy as actually reading a book and discovering plot twists. Except I’m making up the story in my head and the plot twist is that I’m wrong almost every time. 😂

I was 100% off the mark here. I won’t even claim the bonus points for the romance, since this one clearly has taken a turn for the worse, which I definitely didn’t predict. What a wild ride.

And that’s probably enough covers and guesses for one day! I had a blast again. I nearly guessed the exact blurb of one book, then totally wrong the next. Maybe I’m not ready for a career in cover-guessing yet.

Time for a rating: on a scale of one to ten, how did I do?? Have you read any of these books? Let’s chat together!