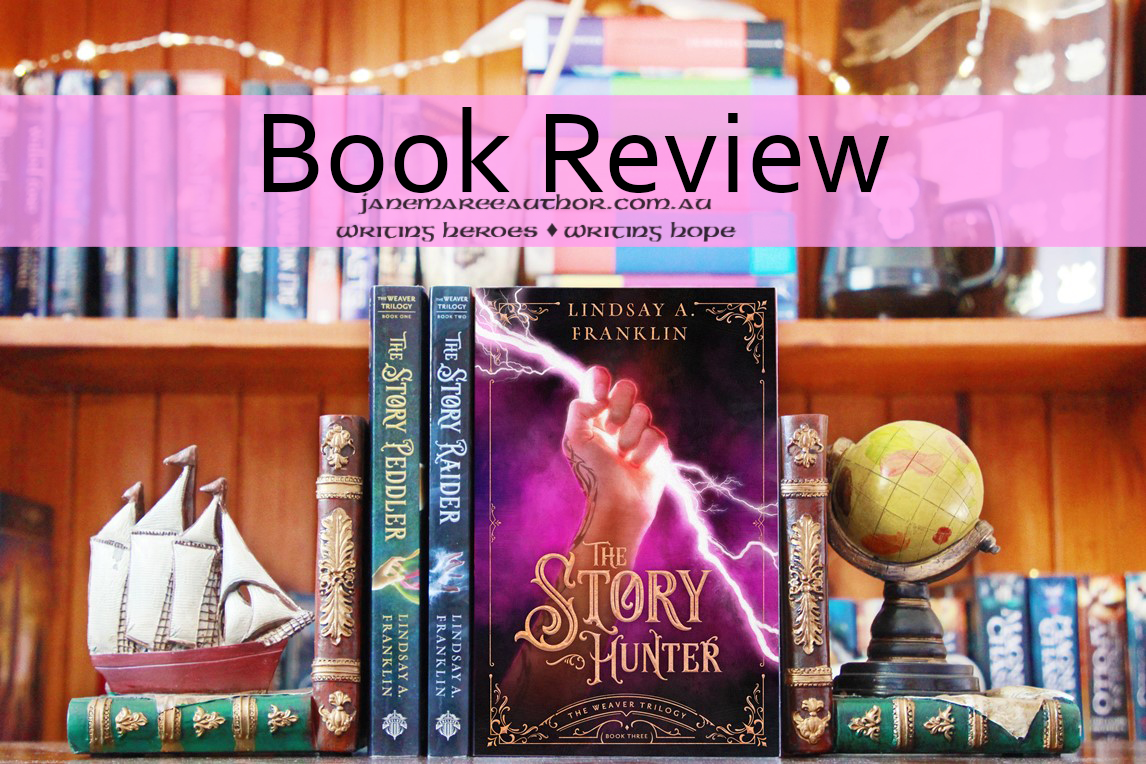 On the 19th of May, the final book in the gorgeous Weaver trilogy released, stealing my heart along with it. Actually, it stole my heart back in 2018 when the first book released, so that’s no news really. But the point remains:

The Weaver Trilogy is finished!

In celebration of The Story Hunter‘s release, I’m doing a bit of a series review so if you’re not certain whether these books are for you…look no further! Everything you need to know is below. 😏

I will be avoiding spoilers like the plague so if you haven’t read any of the trilogy, it’s still safe to enter here!! I can make no such promises for the comments section, but I’m sure we’ll all be careful to be subtle.

Let’s start with the blurb! I’ll go for The Story Peddler (book 1) to avoid any spoilers, but you can find the blurbs for The Story Raider (book 2) and The Story Hunter (book 3) on Goodreads!

Selling stories is a deadly business

Tanwen doesn’t just tell stories—she weaves them into crystallized sculptures that sell for more than a few bits. But the only way to escape the control of her cruel mentor and claw her way from poverty is to set her sights on something grander: becoming Royal Storyteller to the king.

During her final story peddling tour, a tale of treason spills from her hands, threatening the king himself. Tanwen goes from peddler to prey as the king’s guard hunts her down . . . and they’re not known for their mercy.

As Tanwen flees for her life, she unearths long-buried secrets and discovers she’s not the only outlaw in the empire. There’s a rebel group of weavers . . . and they’re after her too.

Links for The Story Peddler:

The Weaver Trilogy is a captivating tale of adventures, rebels, treason, and forbidden stories. The concept of story weaving—telling stories with magical illustrations—hooked me from the start, and the whole story from book one to three absolutely met and exceeded my high hopes!

The characters are all so unique and practically bursting from the page with the stunning realness to each and every one of them. Every person who appeared on the page had a life and a personality.

The journey this series takes the characters (and the reader!) on is one that will stay with me for a long time. Each character is so close to my heart, and I experienced their hurt and pain and wild adventure so closely.

There’s a deep heartache that flows through the characters. They’re not perfect, and all of them have some fear or past mistake haunting them. The story of redemption and healing is so, so beautiful, especially when told through the imagination of Lindsay who has gone through similar things herself. 💛

By The Story Hunter, the sweet characters have come so far since the first book, and I’ve grown to love them so dearly. Hunter perfectly tied up all the character arcs, plot elements, and all the things, while still showing a beautiful open future of adventure for all the characters at the end. It’s just so, so perfect.

Each book in this series has it’s own beautiful, adventurous tone which I absolutely adored. The Story Peddler is a gorgeous beginning of small towns, forests, and castles, then we enter the realms of swashbuckling pirates and see the world in all its beauty and horror, and finally end high in the cold, northern mountains, battling through the darkness to the very root of the evil they’ve been fighting against the whole time…

This story is a gripping, page-turning, epic tale. I never wanted to put it down! The whole trilogy is masterfully written and lingers long in my heart and mind. I know it’ll be one I revisit many times to come!

Overall, this series is so intense, heart-wrenching, funny, unique, vibrant, and absolutely adventurous. I can’t recommend it enough. This whole trilogy comes with my highest recommendation.

Have you read any of this trilogy yet? (If not…what are you waiting for! 😍) Tell me about one of your all-time favourite series!