Well…hello. 🙈 I’m sheepishly returning after waaay too long of not posting. Not promising to be super regular again, by any means, but I’m here for now and I hope to step up my game again a little more. We’ll see! 😅

The end of the year is almost upon us, so it’s high time to squeal about some of the new favourites I’ve discovered in 2020. Brace yourself for squealing and overusing emojis because that’s basically all I’m here to do. 😂

I’m limiting myself to ten books, otherwise I’m going to go on for way too long, so believe me that there’s even more than what I’ve mentioned here. If you ever ask me for my favourite books, brace yourself for an hour of screaming. At least. 😉

In order of when I read them during the year! 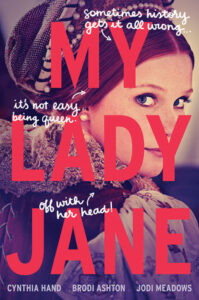 This book though. It’s about Lady Jane Grey and King Edward and people who can turn into animals, and the wild adventures they get sucked into.

It’s so much fun, and even thinking about it now I instantly want to reread it. I LOVED the characters and the style and the humour and the notes of seriousness too.

The romance is to die for, and the magic and the world and the plot and the EVERYTHING was just so hilarious and engaging and amazing.

For Whom The Sun Sings – W.A. Fulkerson

This book blew my mind, and I’m still in awe of it to this day. In a world where everyone is blind, one boy can see, and this story shows the world through his eyes and it’s absolutely beautiful.

He doesn’t even know what seeing is, so he calls it hearing, but with his eyes. And the way he sees the world is so beautiful and fresh and eye-opening to read. The wonder of his childlike point of view is absolutely incredible.

The ending killed me. Am still dead. Will potentially never stop being floored by this seemingly simple, yet so deep and so powerful story. 😱

A gloriously magical tale!! This is a Peter Pan reimagined sequel style story (did anyone follow that? 😂) and it’s so deep and raw and beautiful. The powerful topics this story deals with still have me in awe and the ending!! Didn’t go how I expected! It ripped my heart out and I love it!

Also, frankly, just let me swoon over that cover all over again. 😍

The Story Hunter – Lindsay A. Franklin

This book was the finale of one of my favourite fantasy trilogies in the world, so I had huge hopes and it totally slayed me in the best ways. My heart broke a couple times, but was mended by the end.

I won’t say too much or I’ll slip out a spoiler by accident, but let me just say: if you haven’t read The Weaver Trilogy, you should go do it now.

Also if you haven’t made friends with Lindsay, she’s amazing and you need to do that now too. 👌🏻 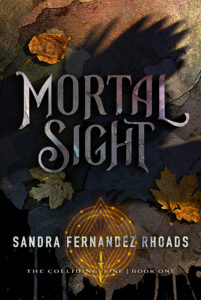 If you want a book that’s going to stick with your heart for the rest of eternity? Go read this one. Mortal Sight is about a 17 year old girl who has visions, and soon discovers that she’s one of many people who can see a supernatural battle that’s going on around them. It’s got the epic action scenes, the soft found-family feels, the romance-or-not-to-romance heart-wrenching, and it’s just plain intense from the very beginning and I’m in love.

The writing is soo amazing too and Sandra is also the actual sweetest and I’m just fangirling over her and her books forever now.

I’d been meaning to read this book ever since it released but only got to it earlier this year, but I’m instantly in love!! The fantasy world is incredible, the characters slay me (literally? Or metaphorically? I’ll leave that up to you 🤔), and THE ENDING!! That’s all I can say. I’m in awe.

I also need to read the next book ASAP but have review books with deadline that I need to hurry up and finish before I can. 😭

A change from the heart-racingly epic and intense, this is a bit of an easier read. Don’t get me wrong, it’s still intense and epic and amazing, but it’s also so sweet and pure and heart-warming. The main character Ivy is a wingless piskey girl, but it’s down to her to save her people.

I don’t want to spoil anything, but…I SHIP IT. I SHIP IT HARD. 🤐🤐 If you’ve read it, you know what/who I’m talking about. It’s just too pure and precious and I’m in loooove. 😍💛

I listen to this on audio and I LOVE. It’s so well written, I’m still screaming. The characters! The world! The concept! The romance! A thousand times, yes!

I feel like I could keep reading this story forever and never get tired of it.

My love for this is two fold because I’m soo excited that a fellow Australian author got a book deal with my favourite publisher, Enclave Publishing!!! 😱😍 I’m so excited for Kristen and now have even more hope for my own pitching dreams, haha!

I DEVOURED this story. This book isn’t packed with action at every page, but it IS packed with intensity and all the eeriness and plot twists. I couldn’t stop reading. This book grabbed my heart and didn’t let go. Such a masterfully written, page-turning story!!

I don’t read much spy/action/thriller genre but whenever I do, I LOVE it so much, and this one is my new favourite. This story is so unique and utterly different from anything I’ve ever read before, but still has the good old familiar things I want from the genre.

Helloooo epic action scenes and rooftop chases. Sign me up for literally every book about these characters. Actually, make that every book Ronie ever writes. 😍

My love of this is also two fold simply because Ronie Kendig is an amazing author and I love her so much and her books always make my jaw drop to. the. floor.

So…this is number 11 of my 10 book list but SHHH. There’s no way I couldn’t scream about this book because it’s INCREDIBLE. Ronie Kendig is my fave and I’m eternally in awe of her characters and her writing as a whole.

I won’t say too much about this one because it’s also a sequel, but if you haven’t read the first book—Brand of Light—yet, you’re seriously missing out on something incredible. And once you’ve read the first book, you’re going to need this one ASAP.

I’m still so in shock over how Ronie took everything I thought I believed and felt about the characters and the relationships and totally turned it all on its head. I suddenly loved something I thought I’d hate and I still have ALL THE EMOTIONS.

This book releases in December, so there’s time to preorder still!! You know you want to!

And thus I must stop, but let me say again: these books all come with a huge recommendation from me! Maybe double check the content first (shoot me a message!) as these books have varying levels of it, but I absolutely adored all of these stories. 😍

What are some of your new favourite reads from this year?? It’s your turn to squeal at me now! 😛