HUNTER: Tales of the Void #4 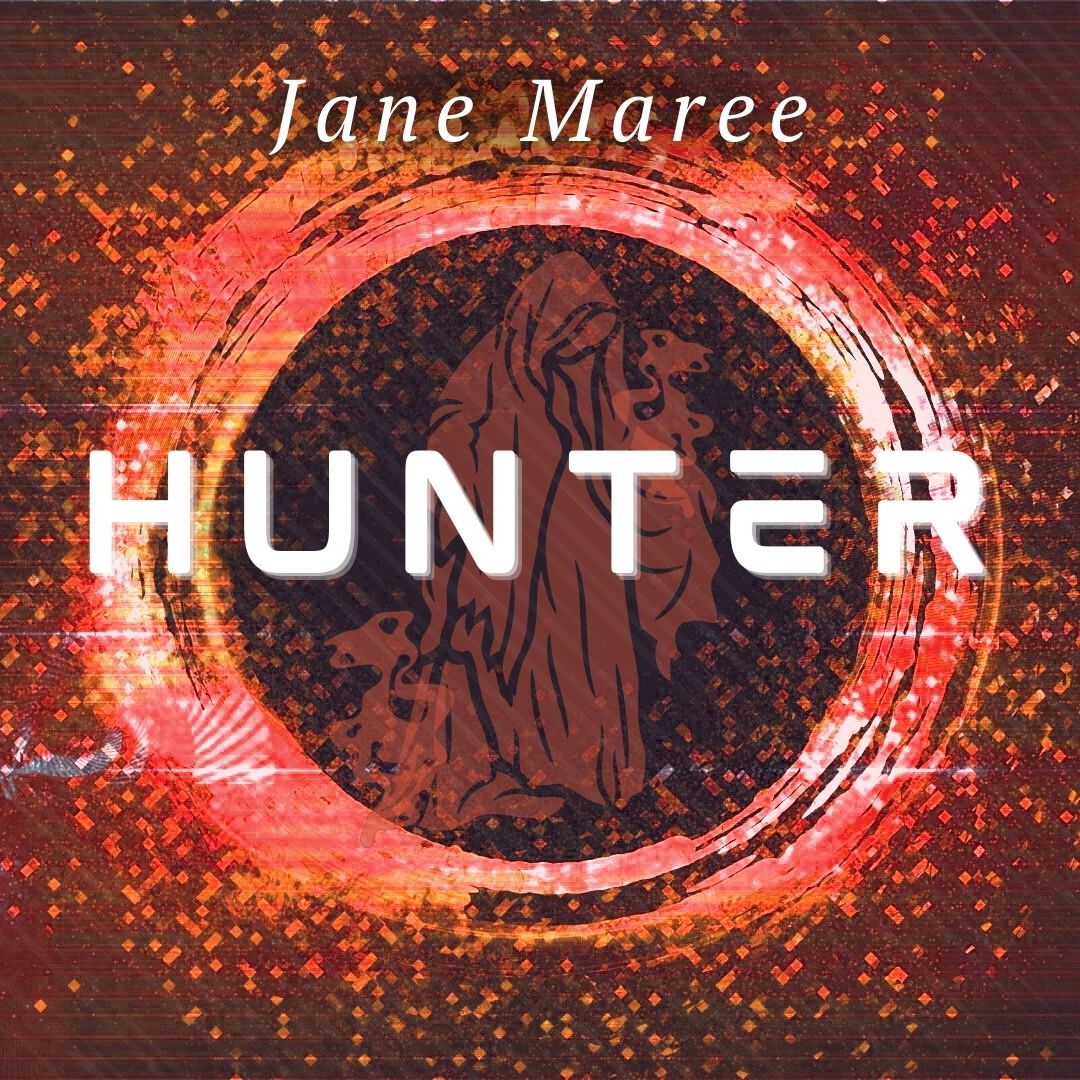 I stand frozen in equal amounts terror and awe as a gnarled hand claws at the edge of the portal. Kip shudders, the star-dog’s shimmering coat brushing my leg.

“It’s not my portal. I have no control over it,” Major snarls back.

A second fiery-red hand grips the other edge of the portal, ragged flame-like edges licking at the growing hole in reality. Then a foot steps through, followed by a tall figure, swathed in black smoke like a cloak.

I choke—either on the sulfuric smell or my own fear. Perhaps both.

Beneath the swirling hood where a face should be is nothing but consuming darkness and a red orb pulsing in the center. But somehow… I can feel the creature’s attention homing in on me.

Kip presses against my leg. Not sure if he’s protecting me or I him, but either way, I appreciate his presence.

Another angular figure clambers through the portal, then two more, crowding Major’s underground bunker. The rest of our team huddles in a corner, ghostly in the red glow from those eerie orbs.

These, undeniably, are the ominous harbingers that Major told me about. The ones he has been working for.

The ones whose mission I just ruined, who are now here to… feast on my soul, or something equally unpleasant.

Bring on the charm, Jesse. I swallow. “I know you’re probably here to kill me, but just hear me out first—”

Major curses beside me, and I get the sense that these creatures aren’t much for talking.

The first harbinger doesn’t shift other than the wafting smoke curling from its crooked limbs.

Too late to back out now. Besides, fast-talking is kind of my thing.

Drawing encouragement from Kip’s loyal presence at my side, I continue, “I didn’t know what you were going to do with those innocent, adorable star puppies, and your pal Major here isn’t exactly the sweetest fellow, so I naturally assumed the worst.” I thumbed toward Major with a shrug. “I mean, what if you were going to roast them for dinner? Or sell them on the black market—”

“We would exterminate our greatest foe.”

I stagger at the grating, soul-shuddering voice in my head, palming the rocky bunker wall to keep from falling. “Star-dogs are your enemies?”

Despite the way my breath has lodged halfway up my throat, I almost laugh at the idea of these harbingers being mortal enemies with the glittering, playful star-dogs.

The smoky form darkens, claws curling into gnarled fists. “You know not of what you speak.”

I shoot Major a sideways glance. This doesn’t seem to be going too badly.

“You ruined our plan. For this you die.”

The harbinger surges forward. Before I can react, Kip leaps in front of me, teeth bared, but the harbinger knocks him aside. That hood of darkness descends, and I know instantly that I’m going to die.

At least it doesn’t matter that I just wet my pants a little. No one will care when I’m dead.

Darkness smothers me. The chill of the void stealing into my lungs, the taste of ash in my mouth, I squeeze my eyes shut. Wait for inevitable death, heart pounding.

The voice throbs between my ears. Red glares through my eyelids. Red? That doesn’t bode well for any kind of pleasant afterlife, does it?

When no one answers the creature’s question, I crack one eyelid open.

The harbinger stands before me, still in the cave-like bunker, Major a few paces away, his face pale and eyes a little wide—Major’s version of screaming in terror. The other smoky creatures watch from behind, heads cocked.

Suddenly, I understand. Of course. My other thing: surviving when I have absolutely no right to do so.

I open both eyes fully, gulping in a breath that still tastes a little ashy.

“Who are you to survive the void?”

I force my best grin. “Jesse Kieffer. I would say ‘at your service’ but I’d really rather not be.”

The harbingers shift, a wordless murmur passing between them. Voids, I wish I was anywhere but here right now.

“Look” —I swallow hard, throat dry— “if you want the star-dogs, you’re going to have to go through me first. What have they ever done to you?”

The harbinger tilts its head, orb pulsing. I sense its attention shift to Kip, and the star-dog shrinks behind me. I bristle, but quickly shy away as the harbinger’s focus returns to me. “If we cannot have the star-dogs as bait, we will have you.”

I beg your pardon? I stare at the creature. “I’m not… not going to help you.” I ignore Major’s warning shake of his head. “You’ve already failed to kill me once.”

Before I can move, the harbinger’s claws are at my throat, piercing through skin. A trickle of warmth runs down my collar, draining my cockiness with it. “A mistake I will not make twice.”

The harbinger releases me, and I press my hand to the stinging punctures in my neck.

“You will hunt down the celestials and leave the way open so we may follow.”

It’s an order, not a request. And the burning marks in my throat tell me I can’t afford to refuse.

How did I go from a galactic smuggler to a pawn in an alien war? It’s been a long day.

Grimacing, I nod obediently but lower my gaze so the harbingers won’t see the spark of hope in my eyes. Whoever and whatever these Celestials are… perhaps I need not be the harbinger’s messenger of destruction. Maybe when I find them, I can talk them into helping us fight these red-orbed fiends.

Perhaps there’s still a chance for us all to get out of this in one piece. Star-dogs and humans and all. At least, I have to try.