HOSTAGE: Tales of the Void #5 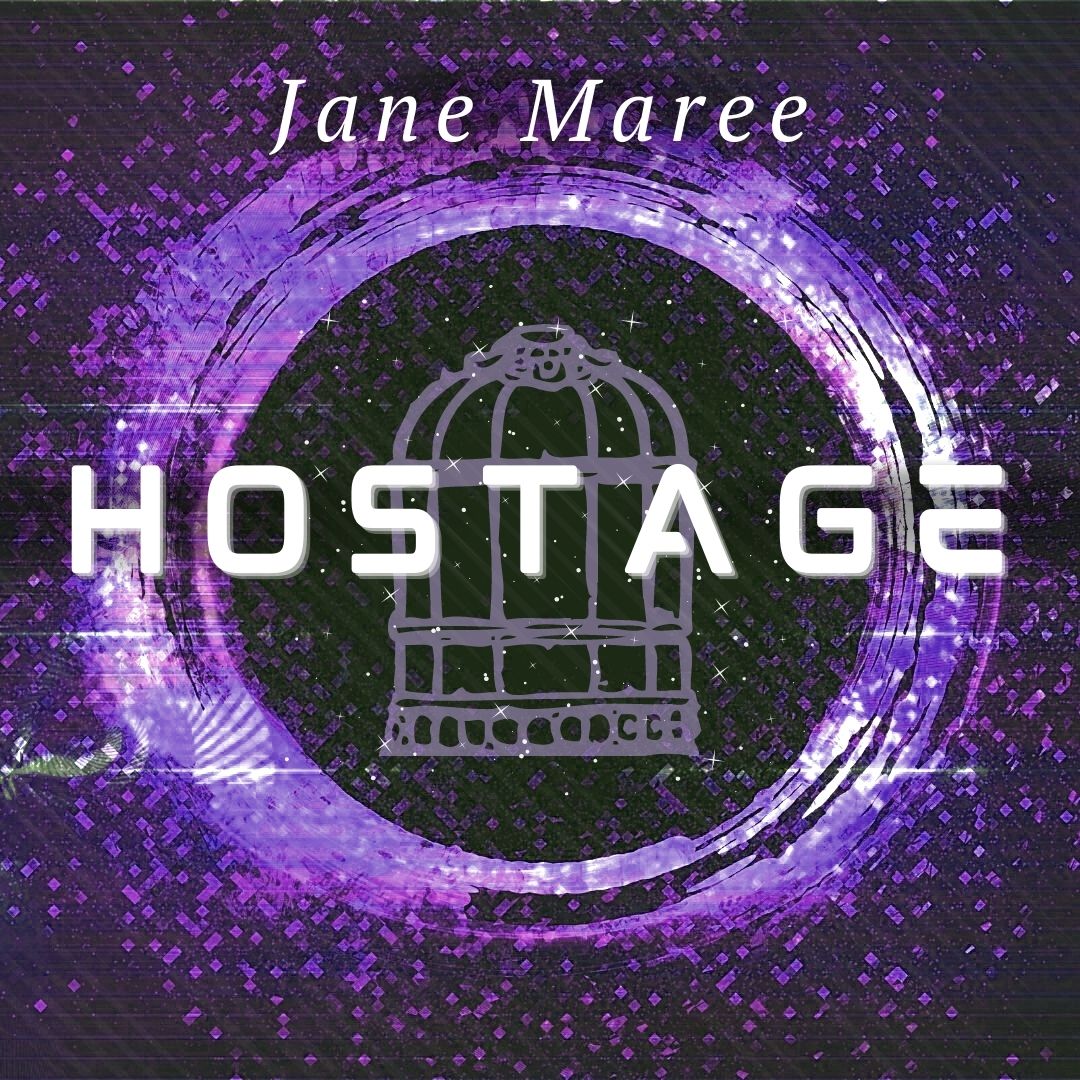 Now that the harbingers have tasted my blood, they can follow me anywhere.

I’m a hostage in my own body.

“You must have a death wish.” Major’s gaze is dark. “If we’d done it my way, we could be out of this already.”

Nerves frazzled, I can’t help resorting to my tried-and-true mask of humor. “Don’t you want to find out who the Celestials are?”

Fair enough. But we have no choice now.

We must track down the Celestials—somehow—and lead the harbingers behind us so the fiery, soul-sucking, void-beasts can exterminate them.

If we don’t? I finger the throbbing puncture wound in my neck where the harbinger’s claws pierced me, and a shiver trails my spine.

“How do we find the Celestials?” I glance around the underground bunker as if a clue will manifest itself.

“Voids if I know.” Major shoves a hand through his tangled hair, still glaring.

The rest of Major’s team dismissed—they still have a chance to escape the harbingers, unlike us—the star-dog, Kip, is my only pleasant company, and I reach down to ruffle his ears to steady my pounding heart.

He noses my palm again.

The silvery dog bounds to Major.

Major frowns too. What’s Kip fooling around for? It’s almost like… he’s trying to tell us something.

I glance at Major. “You can understand him, right? Hear him in your head?”

Major grunts. “He seems to think he knows how to reach the Celestials.”

What a pair we make: me with the ability to see invisible things, like Kip, and breathe in the Void; Major able to communicate with animals.

I know my ability was granted by Wishing Stardust; after my older brother was taken by the Void, my parents Wished that the same fate would not take me… but how did Major get his ability?

Before I can ask, Major’s words sink in. “Kip knows the Celestials?” I stare at the shimmering dog.

He wags his tail.

Let’s just hope that the Celestials aren’t even more murderous than the harbingers.

I glance between Kip and Major. “So, how do we get to them?”

Major starts. “An untethered portal? We’ll be lost in the void.”

Kip cocks his head at Major, and the mercenary stills, then growls. “Fine. Only because we have no better plan.”

I raise my eyebrows. “What was all that?”

Major’s jaw twitches. “Kip can guide us through an untethered portal.”

I don’t know much about portals, but Major’s “we’ll be lost in the void” is enough to make me pause.

I release a breathy laugh. “Guess that’s the best we can do, then.” I turn to Major. “Fire up the portal.”

Tense, Major taps his watch, then pulls on an oxygen mask. A circle growls in midair until it spans from floor to ceiling in this cramped stone bunker. The portal swirls with purple so deep it’s almost black.

Kip bounds to the portal’s rim.

“All together?” I suggest.

Major shoots me one last glare, then we step through.

The vacuum of the Void sucks at my lungs, leaving me breathless as I tumble through nothingness. I feel thin, stretched, empty.

My heart lurches, but something brushes past my hand, and I grab hold of Kip’s soft coat like a lifeline.

My feet hit the ground, and I drop to my hands and knees, chest shuddering. Light gleams through my eyelids. Thank the stars for the feeling of solid ground!

I look up and my jaw drops.

Major struggles to his knees beside me, his face ghostly.

A figure towers between us and the dazzling beauty beyond. My vision doubles—for a moment, I think it’s the effects of the oxygenless void—and the figure triples, then quadruples, surrounding us in a ring of shadowy brilliance.

I stare at the paradox.

Beings formed of light—coalesced galaxies, not unlike Kip. But between the myriad of constellations, the darkness is physical, tangible.

Beautiful and deadly in equal measures, these beings are embodiments of the universe itself.

Kip prances between us and the looming star-people, tail sweeping.

I rise, palms out in a gesture of peace or surrender. Or both. “Celestials?” To my shock, my question is audible despite the lack of atmosphere. Or is it inside my head?

Major stands too. “We come in peace.”

The first Celestial seems to grow taller. “I sense the mark of the harbingers on you.”

My stomach knots. “They sent us, yes, but we’re not with them.”

“Your mark will lead them to us. We cannot risk—”

This sounds too much like the lead-up to “now we shall kill you”, but before the Celestial can finish, Kip bounds toward them, then darts back to my side, nosing beneath my hand.

A ripple of interest runs through the watching Celestials.

“Just hear me out.” I have to convince them to help. “What if we team up? Set an ambush and drive the harbingers away for good?”

I might not know much about Celestials, but they haven’t killed us on sight. I’m willing to side with them sooner than the harbingers. Plus, Kip seems to like them.

The Celestials exchange a glance, then the leader nods. “We will listen.”

What are you working on at the moment? I confess.

Do you like musicals? That’s a wrap on my music

Do you ever read poetry? This poem keeps randomly

Do you typically prefer fantasy or dystopian stori

Are you good at resting? As I’m writing this, e

What are your favourite sci-fi books? IT’S HERE

Would you rather have more time to read or be able

Rec me your favourite fantasy read! It’s been t

If you could put a soundtrack to your week, what w

What was the last scifi book you read? EEEE!!! Ju